Coronavirus: Indonesia has been battling a tide of coronavirus infections and deaths driven by the highly contagious Delta variant for the past month. 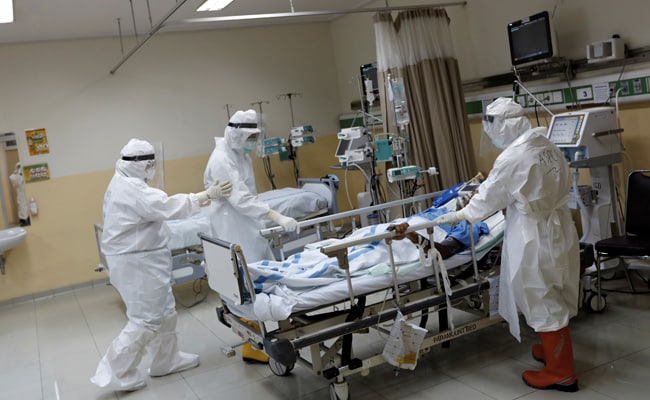 Coronavirus: Indonesia's COVID-19 infections hit record highs over the past one month. (File)

Indonesia recorded a grim milestone of more than 100,000 deaths from COVID-19 on Wednesday, data from the country's health ministry showed, with the Southeast Asian nation recently accounting for one in five fatalities globally.

Indonesia has been battling a tide of coronavirus infections and deaths driven by the highly contagious Delta variant for the past month, as the country has quickly become Asia's coronavirus epicentre.

On Wednesday, the data showed Indonesia's total number of infections had reached 3.53 million, while deaths rose by 1,747 to 100,636, although public health experts believe the true count is likely far higher.

Delays in hospital treatment that could have caused preventable COVID-19 deaths and the rate of co-morbidity should be investigated, he added.

Indonesia's coroanvirus death count was about 50,000 at the end of May, meaning that deaths have doubled since then.

Indonesia, the world's fourth-most populated nation, has the 12th highest cumulative death count from the virus globally, behind countries such as the United States, India and Brazil, according to data collated by a Reuters COVID-19 tracker.

The country also currently leads the world in the daily average number of new deaths reported, accounting for one in every five deaths, the data showed.

Even as cases have started to taper in some areas, President Joko Widodo has said that social mobility restrictions introduced in early July would remain in place until August 9 in designated areas, including in Jakarta.

Launching an ambitious campaign in January to inoculate 208 million people by next year, Southeast Asia's biggest country has so far vaccinated less than 11% of that target, hampered by supply and logistical issues as well as vaccine hesitancy.

In a bid to speed up the rollout, the health ministry said this week that people without an identity card would also be able to get vaccinated, a move intended to reach the country's most vulnerable.