Coronavirus in Indonesia: The girl, who was also suffering from dengue fever, was admitted to hospital on Madura Island off the coast of Java on March 19. 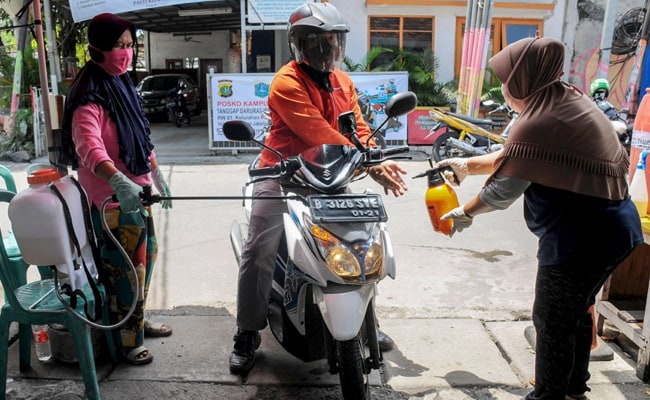 Coronavirus Indonesia: COVID-19 deaths in Indonesia has gone up to 157 (File)

An 11-year-old girl has become Indonesia's youngest person to die after contracting the coronavirus, officials said Wednesday, as the country's death count from COVID-19 nearly tripled from a week ago.

The girl, who was also suffering from dengue fever, was admitted to hospital on Madura Island off the coast of Java on March 19.

She had a fever and and breathing difficulties, and died the following day.

Tests only confirmed this week that the girl also had COVID-19.

"She was battling two illnesses at once so that's why her condition worsened."

Indonesia said on Wednesday its death count from COVID-19 had reached 157 - including 11 frontline doctors - compared with 58 a week ago.

Infections have more than doubled over the same period to 1,677.

But rates of testing are low and experts fear the true figures are far higher in the country of more than 260 million people.

While the virus is most dangerous for the elderly, there have been a number of cases around the world of younger people dying.