The Square Kilometre Array will be split between remote observatories in Western Australia's Mid-West and South Africa's Karoo region. 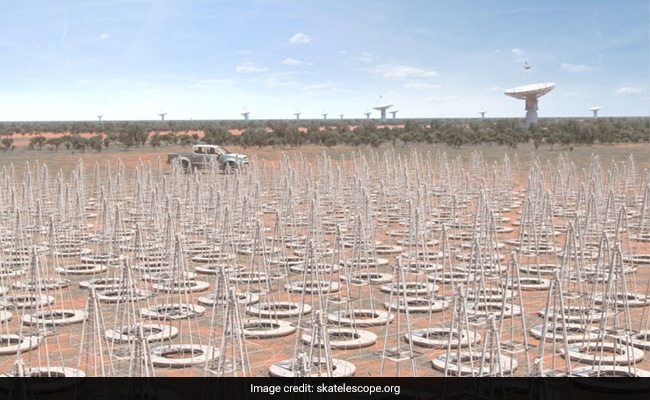 After decades of planning, construction on the Square Kilometre Array (SKA), the world's largest radio-astronomy observatory, officially begins today, The Guardian reported. The Square Kilometre Array will be split between remote observatories in Western Australia's Mid-West and South Africa's Karoo region, combining to produce a telescope with a collecting area of about one square kilometre.

Ceremonies will occur today on both Australian and South African sites to 'break ground' and astronomers and local communities are expected to travel to both remote sites to celebrate the milestone with officials from the SKA Observatory (SKAO).

Hailed as one of the biggest scientific projects of this century, the telescopes will enable scientists to look back to early in the history of the universe when the first stars and galaxies were formed. It will also be used to investigate dark energy and why the universe is expanding, and to potentially search for extraterrestrial life.

"The Square Kilometre Array is a game-changer, not just for radio astronomy but for our collective understanding of the Universe. After many years of planning and designing it is incredibly exciting that construction has begun.," Professor Tara Murphy, Head of the School of Physics at the University of Sydney told CosmoMagazine.

She added: "The SKA telescopes will be sensitive enough to detect an airport radar on a planet circling a star tens of light years away, so may even answer the biggest question of all: are we alone in the universe?"

Notably, South Africa and Australia were shortlisted to host the telescope in 2006, before a decision was made to split the project between the two in 2012.