Driver Hires Lawyer To Prove He Was Eating Hash Brown, Not Using Phone

Phone records show Jason Stiber was not having a conversation at the time he was pulled over. 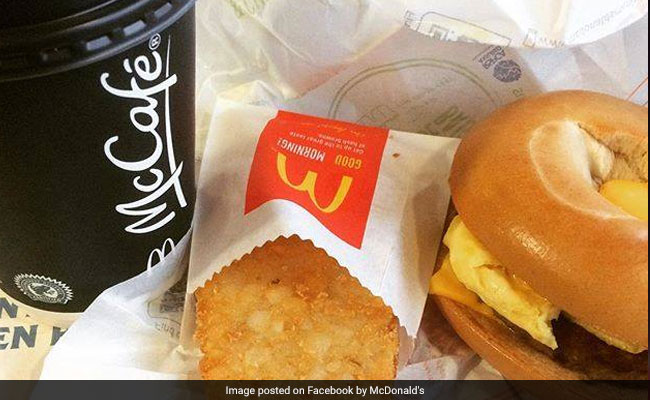 The man claims he was pulled over for eating McDonald's hash brown, mistaken for a cellphone.

A Connecticut man is doubling down on his defense after he was ticketed for distracted driving last year, recently telling local news outlets he spent $1,000 on an attorney to help contest the $300 citation.

Jason Stiber says the officer who pulled him over on April 11 mistook the McDonald's hash brown he was eating for a cellphone.

"I have never in my 21 years as a criminal defense lawyer - and that's all I do - I have never such a minor case engender such disproportionate attention," his attorney, John Thygerson, told The Washington Post. "It's a big deal to my client, but small potatoes in the grand scheme of things."

Thygerson declined to confirm reports on the cost of his services, but he said he's had a "boatload of clients that have elected to fight the hard fight because they believe they are right, rather than take the path of least resistance and pay a fine."

For Stiber, the fight continues after unsuccessfully representing himself in court last year, where a magistrate judge found him guilty, Thygerson said. He was back in court Friday as part of a requested retrial, where Thygerson laid out a multipronged defense to prove his client was simply eating his breakfast.

Westport police Cpl. Shawn Wong Won testified that he "clearly" saw Stiber speaking into a black cellphone while driving that fateful morning, according to The Hour. Won said in court that he saw Stiber holding an illuminated object the size of a cellphone up to his face while moving his lips.

Thygerson argues that Stiber's lip movement was "consistent with chewing" the hash brown he'd ordered at McDonald's moments earlier. Phone records show Stiber was not having a conversation at the time he was pulled over, Thygerson said. His client's car also has Bluetooth capabilities that allow him to talk without holding his phone.

"There is no reason for him to hold a phone to his mouth to talk when he has to the hands-free device to turn it on automatically," he said. "Even if you were to think he was on the phone, he wouldn't need to hold a cellphone because his car is Bluetooth enabled, and was on the date in question."

Thygerson said prosecutors argued that even if Stiber wasn't talking on the phone, Won saw him using it "in a matter that made using a vehicle unsafe" - such as texting - which could also explain the alleged illumination. But Thygerson said Won never testified that he saw his Stiber speeding, swerving or driving erratically. His client also pulled over properly and had a hand on the wheel, he said.

"When people text, oftentimes people will drift and that will be a basis for a stop," Thygerson said. "There was nothing witnessed by the officer to support the thesis my client committed any motor vehicle violation."

To augment their defense, Thygerson noted that Won was finishing the 15th hour of a 16-hour double shift when he pulled Stiber over, offering another reason the officer may have confused a fried potato for a cellphone.

"My argument is simple - simple human error," Thygerson said. "We all make mistakes."

Thygerson notes that Stiber pleaded guilty after receiving a similar citation in the past, which he paid without issue.

A judge will likely issue a verdict in the case before April 5, according to The Hour.