The bakery called the ruling a momentous day for religious freedom in Britain while Gareth Lee condemned it as a profound blow for civil rights. 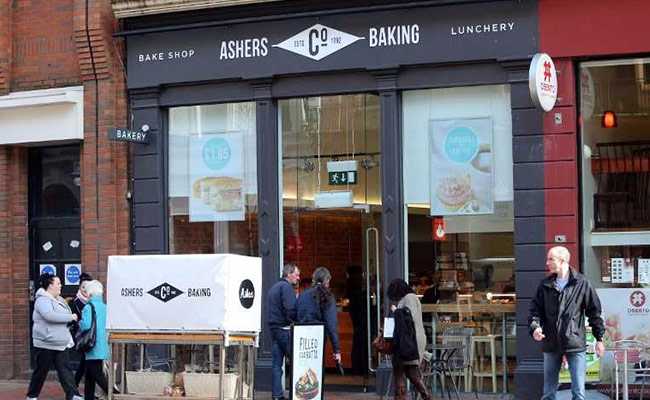 A bakery run by a Christian family in Northern Ireland on Wednesday won a landmark case in Britain's highest court over its refusal to make a cake decorated with the words "Support Gay Marriage".

The Supreme Court upheld the owners' appeal against a May decision that found them guilty of discriminating against gay rights activist Gareth Lee.

The bakery called the ruling a momentous day for religious freedom in Britain while Lee condemned it as a profound blow for civil rights.

"I paid my money, my money was taken and then a few days later it was refused. That made me feel like a second-class citizen," he told reporters after listening to the verdict.

"I'm concerned not just for the implications for myself and other gay people, but for every single one of us."

Wednesday's ruling explained that the bakery's "objection was to the message on the cake, not any personal characteristics of the messenger, or anyone with whom he was associated."

The top of the cake would have also had a picture of the bedroom-sharing Bert and Ernie muppets from the US children's show "Sesame Street".

Ashers Baking Company -- a business with 80 employees across Britain that takes its name from an Old Testament figure -- took the order but declined to make the cake in 2014.

The case came as marriage between same-sex couples becomes increasingly accepted across Europe and the West as a whole.

Fifteen countries -- including Britain -- have allowed gay and lesbian partners to marry since the Netherlands became the first in 2001.

British-ruled Northern Ireland is not covered by the same-sex marriage law.

The chief judge on Britain's Supreme Court said the ruling should not be read as condoning discrimination.

"It is deeply humiliating, and an affront to human dignity, to deny someone a service because of that person's race, gender, disability, sexual orientation, religion or belief," judge Brenda Hale said.

"But that is not what happened in this case."

Lee ordered the cake in Belfast for a private function marking International Day Against Homophobia.

The bakery accepted both the order and payment.

It then called back two days later to explain that it could not top the cake with the icing featuring the muppets and the marriage slogan.

The bakery argued that it opposed the political message requested by Lee rather than his sexual orientation.

"The bakers could not refuse to supply their goods to Mr. Lee because he was a gay man or supported gay marriage," she said.

"But that is quite different from obliging them to supply a cake iced with a message with which they profoundly disagreed."

Hale explained that the law should not "compel" the bakers to violate their religious beliefs and endorse gay marriage.

Ashers general manager Daniel McArthur called the ruling a victory for people trying to live in accordance with their religion.

"We always knew we hadn't done anything wrong in turning down this order," he said.

"This ruling protects freedom of speech and freedom of conscience for everyone."

The justification in the British Supreme Court's ruling is different from one used by its US counterpart that cleared a Colorado baker of discrimination in June.

That decision found that the civil rights group suing the baker showed animus by targeting him based on his religious beliefs.

(Except for the headline, this story has not been edited by NDTV staff and is published from a syndicated feed.)
Comments
Ashers BakeryGay cake case