China To Extend Winter Anti-Smog Measures For Another Year

It will also step up the elimination of outdated and excessive production capacity in polluting sectors such as steel, coal and coal-fired power. 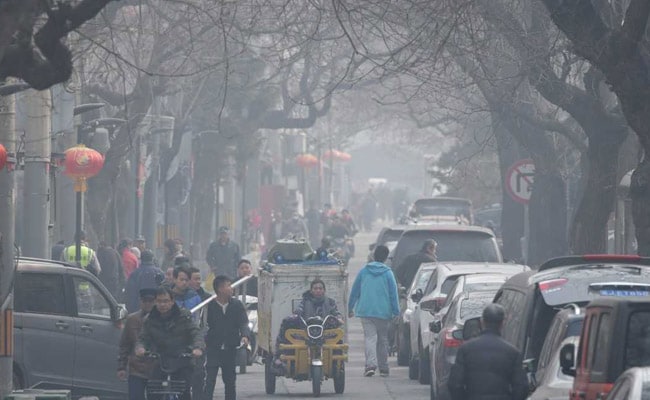 China will extend winter anti-smog measures such as production cuts and traffic restrictions for a third successive winter, the environment ministry said in a pollution battle plan for 2019 published on Wednesday.The Ministry of Ecology and Environment (MEE) also vowed to speed up the elimination of small coal-fired heating boilers in major regions

It will also step up the elimination of outdated and excessive production capacity in polluting sectors such as steel, coal and coal-fired power.China is in the sixth year of a "war on pollution" aimed at reversing the damage done by more than three decades of breakneck economic growth, and it has taken action to eliminate outdated vehicles and production technology, cut industrial emissions and ease its dependence on coal

However, according to Reuters analysis, only six of 39 smog-prone northern Chinese cities have managed to cut concentrations of hazardous airborne particles known as PM2.5 during the latest winter anti-smog campaign beginning last October

The MEE's new plan said cities that failed to meet air quality standards this winter will have to cut PM2.5 by at least 2 percent in 2019.Liu Bingjiang, a senior MEE official, said on Tuesday that while the rebound was partly caused by weather anomalies, some local governments believed they deserved "a rest after years of hardship" to meet the anti-smog measures

He added that those governments would face punishment

It will also further promote the implementation of ultra-low emission coal-fired power in western regions, and also encourage steel mills to install ultra-low emission technology.The ministry also vowed to crack down harder on the production, import and use of substandard diesel vehicles, encourage bulk commodity deliveries by trains rather than trucks and make use of satellite technology to monitor rural air pollution sources