China To Downsize Army To Under A Million In Biggest Troop Cut: Report

While the People's Liberation Army (PLA) will downsize, the number of troops in the PLA Navy, PLA Strategic Support Force and the PLA Rocket Force will be increased, while the PLA Air Force's active service personnel will remain the same. 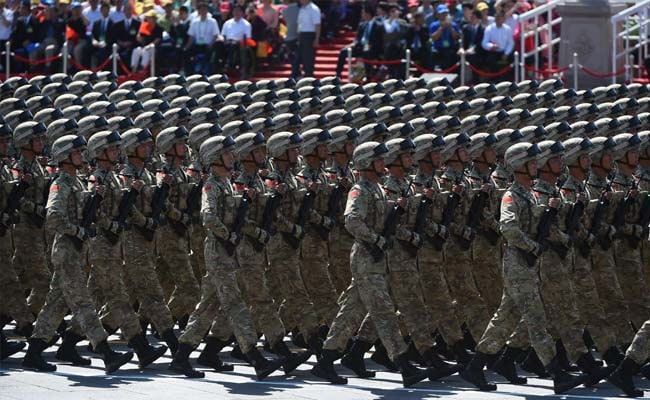 China is planning to downsize it's army troops to under a million, according to a Chinese daily

Beijing: China will downsize its 2.3 million-strong army, the world's largest, to under one million in the biggest troop reduction in its history as part of a restructuring process, an official Chinese daily said.

The People's Liberation Army (PLA) will increase the numbers of other services, including navy and missile forces, the PLA Daily, the official newspaper of the Chinese military, reported.

Jun Zhengping Studio, a Chinese social WeChat account run by the newspaper published an article yesterday on structural reform in China's military, saying that "the old military structure, where the army accounts for the vast majority, will be replaced after the reform".

"The reform is based on China's strategic goals and security requirements. In the past, the People's Liberation Army focused on ground battle and homeland defence, which will undergo fundamental changes," the report said.

"This is the first time that active PLA army personnel would be reduced to below one million," it said.

It added that the number of troops in the PLA Navy, PLA Strategic Support Force and the PLA Rocket Force will be increased, while the PLA Air Force's active service personnel will remain the same.

According to the Ministry of Defence data, the People's Liberation Army had about 8.50 lakh combat troops in 2013. No official numbers of the total strength of PLA Army were released.

Earlier, Chinese President Xi Jinping had announced that the People's Liberation Army will be cut by three lakh troops. "The total PLA personnel was about 2.3 million before the country announced a cut of 300,000 troops in 2015," state-run Global Times reported.

"This reform will provide other services, including the PLA Rocket Force, Air Force, Navy and Strategic Support Force (mainly responsible for electronic warfare and communication), with more resources and inputs, and the PLA will strengthen its capability to conduct overseas missions," Xu Guangyu, a senior adviser to the China Arms Control and Disarmament Association, was quoted by the media report.

Promoted
Listen to the latest songs, only on JioSaavn.com
The People's Liberation Army Daily article said that China's overseas interests were spread around the world and needed to be protected.