China Looking to Develop Its Own Wide-Body Passenger Plane 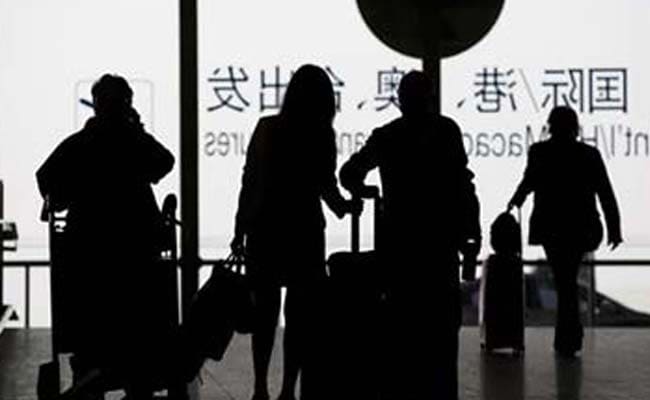 In this April 10, 2014 photo, passengers with their luggage arrive at the Beijing Capital International Airport in China. (Associated Press)

Shanghai: China is seeking suppliers to develop its own wide-body passenger plane over the next decade, industry executives told AFP, expanding its ambitions and rivalry with Boeing and Airbus.

The proposed aircraft - tentatively called the C929 - would be state-backed Commercial Aircraft Corp. of China (COMAC)'s largest, according to suppliers that have held discussions with the firm.

It would be a substantial advance on the smaller 158-168 seat narrow-body C919 it is currently developing and the 78-90 seat ARJ21 regional jet, which is undergoing test flights.

The goal is for the C929 - which could carry several hundred passengers at a time on journeys across Asia - to take flight after 2020, possibly in 2023.

COMAC's ambitions will be on parade at China's premier airshow, which opens Tuesday in the southern city of Zhuhai, with a huge stand highlighting the C919 and a flying display by a prototype ARJ21.

The technological challenges for China to build its own passenger plane are formidable, with some comparing them to the difficulty of sending a mission to the moon.

But the government considers developing a passenger aircraft industry a national priority that would vault it into an elite club of just a handful of nations.

At the same time Russia has drawn closer to its ally China in the face of Western sanctions over Ukraine and following two years of discussions, the two countries signed an agreement in May to develop what Chinese state media call the "big plane".

COMAC's strategic partner for the C929 is Russia's United Aircraft Corp., created in 2006 when Moscow combined the assets of the country's largest state-owned aircraft manufacturers, which have decades of experience.

"Russia and China have been working together, figuring out things, now they're ready to start talking and getting ideas from suppliers," said Briand Greer, president of aerospace for Asia-Pacific for US firm Honeywell, which already provides components and systems for both the C919 and ARJ21.

COMAC is floating ideas about the design of the plane ahead of making formal information requests to prepare a tendering process, industry sources said.

"We have been talking about this new project, the 929," said another supplier to the C919, who declined to be named.

"They have started with design of the plane. They are talking beyond 2020 (for the launch)," he said.

One possibility for the wide-body - which has two passenger aisles - is a plane capable of flying within Asia for journeys of up to around five hours, industry officials said, but not for lengthy intercontinental flights of 12 to 14 hours.

Such a concept would compete with the planned regional version of the Airbus A330, they said, which will enter service early next year. Planes in the A330 family hold 200-400 passengers.

Boeing's wide-body offerings include its 767 and 787. COMAC did not respond to requests for comment by AFP.

China has dreamed of building its own civil aircraft since the 1970s when Jiang Qing, Mao Zedong's wife and a member of the notorious "Gang of Four", personally backed the attempt to develop the Y-10.

Only three of the lumbering planes were ever built.

But with its deep pockets China can now tap foreign companies, some of them already suppliers to Boeing and Airbus.

The C919, which has a range of up to 5,555 kilometres (3,444 miles), is scheduled to make its first test flight at the end of next year, with deliveries planned for 2018, according to state media, although some doubt the company will meet the target.

Its engines are made by CFM International, a venture between France's Safran group and US industrial giant General Electric (GE). COMAC has 400 orders for the C919, most from domestic customers with the exception of GE Capital Aviation Services -- a subsidiary of GE.

The ARJ21 regional jet claims 253 orders but the project is years behind schedule, with deliveries originally due in 2009.

Promoted
Listen to the latest songs, only on JioSaavn.com
COMAC plans to certify the ARJ with China's own civil aviation authority before year-end but approval from the US Federal Aviation Administration (FAA) is necessary before it can fly in most countries.
The C919 has just started being assembled at a sprawling complex next to Shanghai's Pudong Airport, where workers in blue uniforms fit together pieces of the fuselage, industry officials and media reports say.

Elsewhere on the vast tract of land, COMAC planners have already reserved space for a yet-unbuilt factory to house the C929.