China hopes the 1,000-km (621.37-mile) line will eventually expand through Thailand and Malaysia to Singapore. 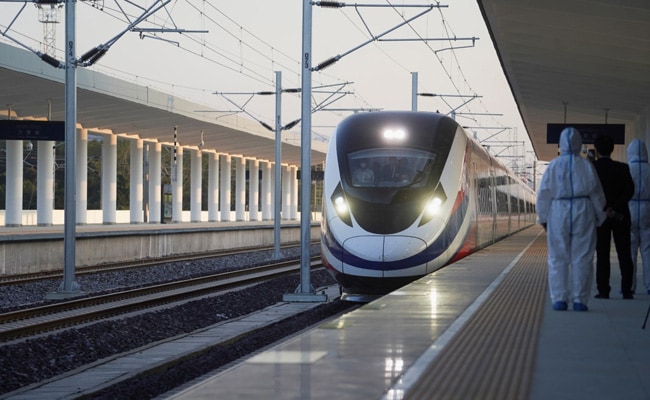 Chinese President Xi Jinping and Lao counterpart Thongloun Sisoulith attended a virtual ceremony to mark the maiden voyages on the line, which stretches from the southwestern Chinese city of Kunming to the Laotian capital Vientiane.

China, which holds a 70% stake in the joint venture project signed in 2015, hopes the 1,000-km (621.37-mile) line will eventually expand through Thailand and Malaysia to Singapore.

In a video meeting between the two leaders earlier on Friday, Xi said the countries stood at "a new historical starting point".

"China is willing to strengthen strategic communication with Laos, promote the high-quality development of the Belt and Road Initiative, and continue to build an unbreakable China-Laos community with a shared future," he said in comments published by China's state broadcaster CCTV.

Economists have warned that the rail project could make it difficult for communist Laos, one of Asia's poorest nations, to repay external debt, much of it owed to China.

Laos state news agency KPL said on Thursday the project was part of the government's strategy to convert Laos "from a landlocked country to a land-linked one".