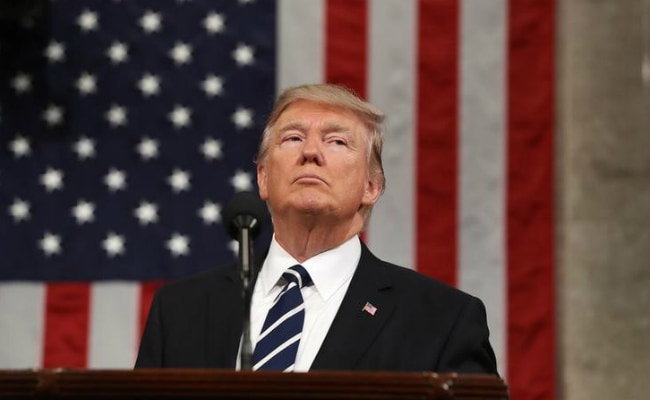 Beijing: China has granted preliminary approval for 38 Trump trademarks for businesses ranging from hotels and spas to animal training and weather forecasting, reopening a debate about the potential for conflicts of interest under his presidency.

There was no evidence that President Trump received special favors from the Beijing government in granting the trademarks, experts said, and no indication that Trump was about to start business ventures in China in any of these sectors.

Trump's lawyers in China applied for most of trademarks in April 2016, at a time when he was complaining about the country's trade practices, as a candidate for the Republican presidential nomination.

The trademarks were given preliminary approval on Feb. 27 and March 6, among more than 1,000 other trademark applications, according to the website of China's Trademark Office.

If no one objects, they will be formally registered in 90 days.

The fact that the trademarks were granted preliminary approval in that time period "doesn't jump out at me as prima facie problematic," said Scott Palmer, a partner and leading trademark lawyer in the China office of Sheppard Mullin, an international law firm.

But in Washington, the move promptly became political fodder for Trump critics.

"This is an astonishing development," Sen. Benjamin Cardin, Md., the top Democrat on the Senate Foreign Relations Committee, said in a statement. After Trump sought valuable trademarks in China for more than a decade with no success before his election, "the floodgates now appear to be open," he said.

Cardin suggested that Beijing officials "have come to appreciate the potential return on investments for China in having a positive, personal business relationship" with Trump as president. He called on the administration to "brief Congress, immediately, on these matters and on the potential Constitutional dangers that they present."

Under China's 2013-14 trademark law, the Trademark Office is supposed to complete the examination of all trademark applications within nine months.

Although it has struggled to meet that target, Palmer said the office had been working "really hard" to streamline its examination process and cut approval time. So unless there were similar trademarks filed previously by other people, or other legal complications, a 10-month wait for approval was "not totally unusual," he said.

Nor does the fact that Trump submitted these trademark applications necessarily mean he has plans to open businesses in any of the named sectors.

Chinese trademark law grants priority to whoever files an application first, so lawyers often advise clients with wide-ranging business interests to file broad, defensive trademark applications against a range of products to prevent other people from jumping in - a practice known as "trademark squatting," common in China.

Indeed, dozens of trademarks are registered under the Trump name here, for products such as condoms, toilets, pesticide and paint, none of which have any business relation to the U.S. president.

Trump won an important battle last year against an apparent trademark squatter, wrestling control of his brand for construction services from a man named Dong Wei after a decade-long fight.

Chinese businesses have also been scrambling to cash in on the popularity of Ivanka Trump in China, with an incredible 258 trademark applications registered between Nov. 10 and the end of last year under her name or similar-sounding Chinese characters.

None of the applications - for diet pills, cosmetic surgery, underwear and sanitary napkins - appear to have business links to her.

Chang Tsi & Partners, Trump's lawyers in China, declined to comment directly on the applications. But Zhu Ming, a market manager at the firm, said it encouraged clients to take trademarks out "defensively" because the law in China effectively rewards trademark squatting.

"The cost of defending name rights - though a process of lodging objections and petitions to invalidate the squatter's claim - is much higher than what trademark squatters pay," he said.

Pop star Lady Gaga, for example, spent vast amounts of money and time trying to wrest control of her name back from trademark squatters who had filed previous claims, he said, while basketball legend Michael Jordan won an important victory last December denying a sports company the right to use his name after a long and exhausting fight.

The bigger issue, critics say, is that Trump, as a businessman who trades on the value of his name, has not fully divorced himself from his business interests - and, in a sense, cannot do so.

"We have never before seen a president aggressively pursuing valuable benefits from a foreign government of this kind, and it creates an obvious conflict of interest for him," said Norman Eisen, who served as chief ethics lawyer for President Barack Obama.

"If he is relying on the Chinese government for the extension of his business activity on this kind of unprecedented scope and scale, how can he be trusted, for example, to stanch the flow of American jobs out of the U.S. and into China, or otherwise act against the interests of his benefactors?"

Eisen is involved in a lawsuit alleging that Trump's foreign business ties violate the U.S. Constitution, a lawsuit Trump has dismissed as "totally without merit."

Alan Garten, chief legal officer of the Trump Organization, said the group has been "actively enforcing its intellectual property rights" in China for more than a decade and noted that its core real-estate-related trademarks have been registered in China since 2011.

"The latest registrations are a natural result of those long-standing, diligent efforts, and any suggestion to the contrary demonstrates a complete disregard of the facts, as well as a lack of understanding of international trademark law," he said in an email.

(This story has not been edited by NDTV staff and is auto-generated from a syndicated feed.)
Comments
Trump trademarksChina Trademark Trump