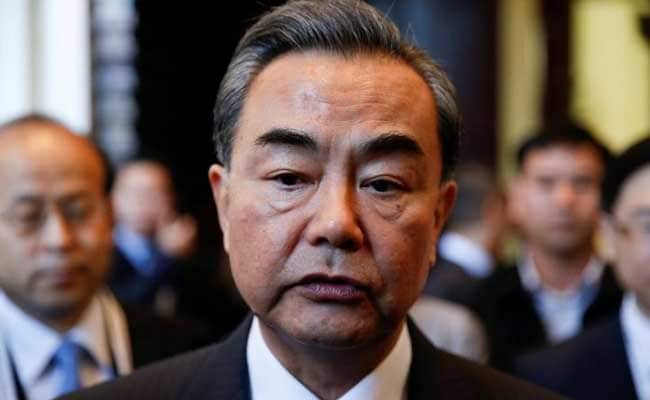 Wang Yi said the common goal was to 'bring all the parties back to the negotiating table'.

Fears over the North's rogue weapons programme have soared in recent days, with a US naval strike force deployed near the Korean peninsula, while President Donald Trump has warned the threat 'will be taken care of' and Pyongyang has vowed a 'merciless' response to any provocation.

China, the North's sole major ally and economic lifeline, on Friday warned that war over North Korea could break out 'at any moment'.

In a call with Sergei Lavrov later Friday, Wang Yi said the common goal of the two nations was to 'bring all the parties back to the negotiating table', according to a statement on China's Foreign Ministry website.

"China is ready to coordinate closely with Russia to help cool down as quickly as possible the situation on the peninsula and encourage the parties concerned to resume dialogue," Mr Wang told Mr Lavrov, referring to the stalled six-party talks on the North's nuclear programme that includes Russia, China and the United States.

"Preventing war and chaos on the peninsula meets common interests," he added.

Beijing has long opposed dramatic action against the North, fearing the regime's collapse would send a flood of refugees across its borders and leave the US military on its doorstep.

Mr Trump insists that China must exert more leverage on Pyongyang to abandon its nuclear ambitions or suffer the consequences.