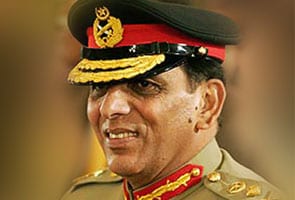 Lahore: A petition has been filed in Pakistan's Supreme Court seeking directions for army chief Ashfaq Parvez Kayani to take effective measures to protect people's lives in Karachi and make it a weapon-free city within three months by deputing security forces there.

Lahore-based lawyer Rana Ilamuddin Ghazi, who filed the petition yesterday, contended that it had become necessary to call in the armed forces in aid of civil authorities in Karachi to ensure the security of innocent citizens and flush out criminals.

Ghazi requested that the army should be called in for a period of three months to restore law and order and re-establish peace in the city.

"Karachi's security situation is worsening and that is debilitating the country's economy. Effective measures, in order to protect people's lives in Karachi and make it a weapon-free city within three months, should be taken," he said.

He contended that the federal and provincial governments had failed to maintain law and order in the city.

Police and Pakistan Rangers too failed to stop targeted killings in Karachi, he claimed.