This Town In US Is Testing Everybody For Coronavirus

Bolinas, a wealthy beach town in Marin County, near Silicon Valley, raised funds to test all 1,680 of its residents, in partnership with University of California-San Francisco (UCSF). 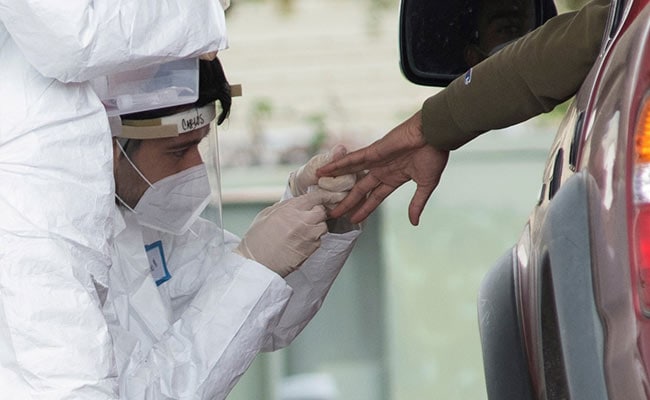 Researchers began testing an entire town in northern California for the novel coronavirus and its antibodies on Monday, one of the first such efforts since the pandemic hit the United States.

Bolinas, a wealthy beach town in Marin County, near Silicon Valley, raised funds to test all 1,680 of its residents, in partnership with University of California-San Francisco (UCSF).

Dr. Aenor Sawyer, an assistant professor at UCSF and a Bovinas resident, said the town is uniquely situated to teach the medical community about how the disease spreads because it lies two miles (3 km) from a highway with no through road.

"So we're fairly isolated, rural, and (with) stable ecosystems right now for the last several weeks. So it will be very interesting to see the footprint of the virus in this arena," Sawyer said.

The tests are being offered for free. Volunteers direct the town's residents to drive into four testing bays set up for nasal swabs and finger pricks. The swabs are used to test for the coronavirus, while the finger prick is used to collect blood samples that will be tested for antibodies which can help show who has been infected and recovered.

There have been no confirmed coronavirus cases in Bolinas, but many residents are older than 60 and at higher risk from contracting COVID-19, the respiratory disease caused by the virus.

Telluride, Colorado, and Fisher Island, Florida, are two other wealthy towns providing free diagnostic tests for all their residents.

The testing in Bolinas is the first of a two-part study in which UCSF researchers will examine the spread of the disease in both rural and urban areas.

Researchers have chosen the Mission District, a vibrant inner city neighborhood with Latino roots in San Francisco, for the second location. Testing will start there on Saturday.

"There are two paired sites that are going on right now: One here in Bolinas, which is very rural and people are quite separated and it's isolated. And another, less than an hour's drive away, in the Mission District of San Francisco, where it's very densely populated, people live very close to each other, and it's very connected," said Dr. Bryan Greenhouse, an assistant professor at UCSF and one of the study's researchers.

"By sort of bookending the different types of communities that we're evaluating within a short period of time, we hope to be able to extrapolate much more to different places throughout northern California."