The Volvo's driver, Dorothy Bruns, 44, was found dead in her Staten Island home on Tuesday afternoon. 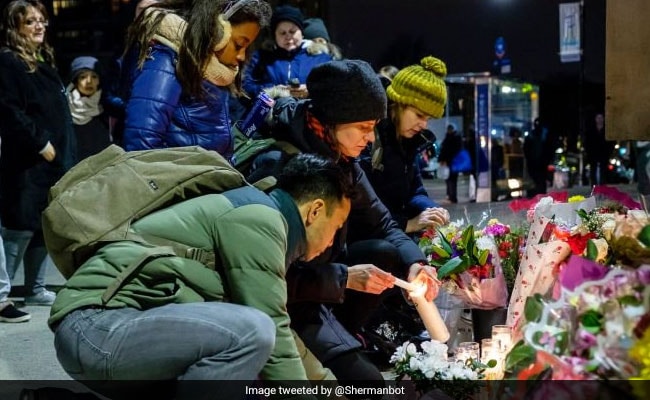 New York Police Department said that it appeared to be a suicide.

The scene in Park Slope, Brooklyn, on the afternoon of March 5 was, as one witness said, like "something you see in a horror movie." A white Volvo sedan sailed through a red light, hitting two mothers who were crossing the street with their young children. It left behind the crushed remnants of a baby stroller and a child's Velcro shoe.

Paramedics rushed 1-year-old Joshua Lew and 4-year-old Abigail Blumenstein to the hospital, but it was too late: The children had already died. Their mothers, Lauren Lew and Ruth Ann Blumenstein, were both injured. Blumenstein, a Tony Award-winning Broadway actress who performs under the stage name Ruthie Ann Miles and had jokingly referred to herself as a member of "the Park Slope Stroller Mafia," was seven months pregnant. In May, just before her due date, she lost the unborn child.

This week, the death toll continued to grow. The Volvo's driver, Dorothy Bruns, 44, was found dead in her Staten Island home on Tuesday afternoon. While the medical examiner has yet to determine a cause of death, the New York Police Department said that it appeared to be a suicide. Bruns, who was facing a potential 15-year prison sentence, had been found lying on her bed with empty prescription bottles and a note indicating that she felt she could no longer go on living, police told The Washington Post.

Bruns had a history of being ticketed for running red lights and speeding in school zones. After the crash, local media outlets reported that she suffered from multiple sclerosis and occasional seizures. In May, she was charged with manslaughter, criminally negligent homicide, reckless endangerment, reckless driving, and assault. Prosecutors alleged that a neurologist had previously told Bruns to stay off the road because of her history of seizures, and said that an off-duty police officer had witnessed her "foaming at the mouth" immediately after the crash.

"She is the last person that should have been in a car, but . . . she continued to drive, and unfortunately two families lost children because of the defendant's selfishness," Kings County Assistant District Attorney Craig Esswein told a grand jury in May, according to the Brooklyn Paper. Bruns' attorney, on the other hand, contended that her physician had cleared her to return to work, knowing that her job delivering specialty phones to the deaf involved driving. He described the crash as a "horrific accident."

Bruns was due back in court on Nov. 20, according to the New York Post . At a June bail hearing, her attorney said that she had been attacked by a mentally ill inmate while incarcerated on Rikers Island. In September, she was released on a $75,000 bond. Her attorney, David Jacobs, told the Brooklyn Paper that he didn't believe her death was related to setbacks in the court case.

Unintentionally causing someone else's death can be an isolating and life-altering experience, the New Yorker reported last year. "Accidental killers" - often drivers who inadvertently hit a pedestrian or cyclist - "report experiencing symptoms associated with post-traumatic stress disorder: flashbacks, hallucinations, nightmares, and what's known as 'moral injury,'" writer Alice Gregory noted. But there are virtually no self-help books, support groups or specialized therapists to help them with their memories or their guilt.

Local officials categorized Bruns' death as yet another tragedy in the already-devastating saga. "This was an extremely painful case from moment one and I wish none of it had come to pass," New York Mayor Bill de Blasio told reporters at a Wednesday news conference.

If March's fatal crash had any positive outcome, it renewed focus on traffic safety as residents immediately rallied to demand safer streets. The week after the crash, de Blasio proposed legislation that would require family members and physicians to inform the New York State Department of Motor Vehicles if they knew someone had a health condition that would prevent them from driving safely. Over the summer, city officials worked to redesign the intersection where the crash took place, and Brad Lander, Park Slope's city councilman, introduced a bill aimed cracking down on drivers with multiple red-light and speed camera violations.

"Really saddened by the apparent suicide of Dorothy Bruns," Lander wrote on Twitter on Wednesday. "We need a world with far more room for the kind of accountability that offers change, healing & redemption. Promise to pursue #RecklessDriverAccountabilityAct in that spirit."