Britney Spears Ex-Husband Arrested For Attempting To Crash Her Wedding

As he approached the event at her Thousand Oaks, California, home, Mr Alexander, streamed a live video from his Instagram account. 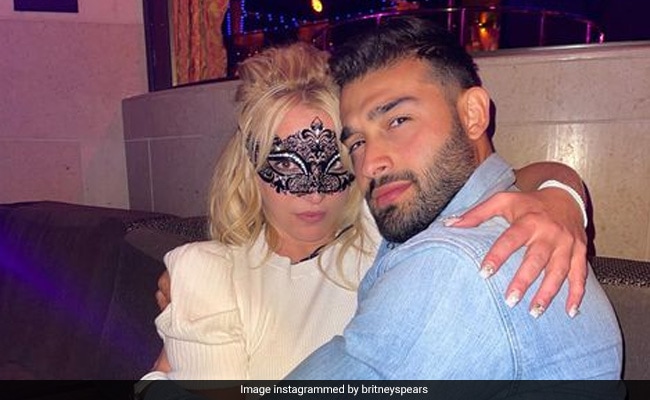 Britney Spears and Sam Asghari got married on Thursday

As he approached the event at her Thousand Oaks, California, home, Mr Alexander, streamed a live video from his Instagram account.

According to the video shared by TMZ, Mr Alexander approached a security guard and said that Ms Spears had invited him. He then threatened to ruin her big day after some resistance. However, somehow Mr Alexander managed to get inside Ms Spears' home and continued to live stream from there as well. Before police arrived, he was detained by the security present at the event.

Britney Spears and Jason Alexander had married in a spur-of-the-moment ceremony in Las Vegas in 2004, but the union was annulled 55 hours later.

In a statement to USA TODAY, Mathew Rosengart, Ms Spears' attorney, said, “He has been detained handcuffed and arrested for his disgusting criminal misconduct.”

Despite openly supporting her during her controversial conservatorship case, Mr Alexander has a history of snooping around the homes of Ms Spears' family.

Meanwhile, Ms Spears married Mr Asghari on Thursday after nearly six years of being together. In 2016, they had met on the set of a music video. They announced their engagement in September 2021, just a few months before Ms Spears won a legal battle with her family and was released from a 13-year conservatorship in November 2021.

Drew Barrymore, Madonna, Paris Hilton, and Kathy Hilton were among the 60 guests that attended the wedding, according to People. Ms Spears wore a Versace gown and went down the aisle to Elvis Presley's song Can't Help Falling in Love.

This is Britney Spears' third marriage. Kevin Federline was her second husband. She was married to him for two years, and they have two sons, aged 14 and 15. Their divorce was finalised in 2007.