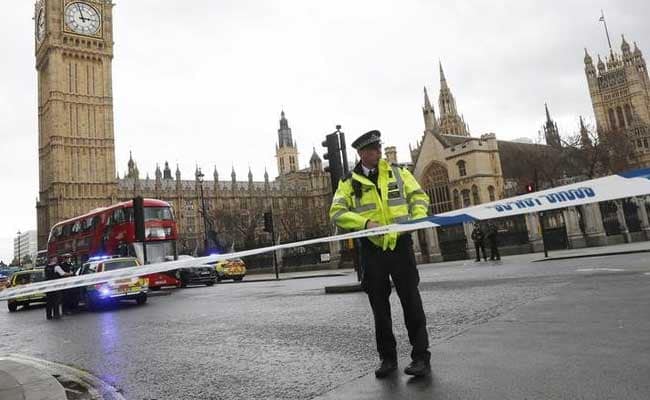 Theresa May is safe post the incident at British Parliament.

London: British Prime Minister Theresa May is safe after an assailant was shot outside parliament by armed police on Wednesday, a spokesman for her office said. The spokesman declined to say where May was when the attack took place. Prime Minister Theresa May is safe, a statement from her Downing Street office said, and she was seen getting into a car and being driven away from parliament. TV pictures showed traffic halted on the nearby Westminster Bridge and emergency vehicles swarming around. The busy bridge was completely shut off to traffic.

The London Ambulance issued an official statement on twitter, following the incident.

Our latest statement on #Westminster, published at 3:40pm, is available on our website: https://t.co/I7fzygqVMo

Armed police swarmed to the area which was quickly sealed off to the public.

A staff member in parliament, who did not want to be named, told AFP: "I definitely heard shots. I saw someone in dark clothing go down."

Westminster station on the London Underground train network, which is opposite the Houses of Parliament, was closed over to the incident.

British police said a security incident  outside parliament on Wednesday which saw a police officer stabbed and his assailant shot was being treated as "terrorist".

"We are treating this as a terrorist incident until we know otherwise," police said in a statement.

Incident in #Westminster: We are treating this as a terrorist incident until we know otherwise

A policeman was stabbed inside the perimeter of Britain's parliament building on Wednesday, an assailant was shot outside and several people lay bleeding on a nearby bridge, Reuters witnesses and officials said.

Reports suggest that at least a dozen people injured on Westminster Bridge and photographs showed people lying on the ground, bleeding heavily. The number of casualties was unclear.

The House of Commons, which was in session at the time, was immediately suspended and lawmakers were asked to stay inside.

Prime Minister Theresa May was safe after the incident, a spokesman for her office said. He declined to say where May was when the attack took place.

The leader of the House, David Lidington, said in the chamber that an assailant who stabbed a policeman had been shot by police.

Amid confusing scenes, it appeared the incident may have unfolded in several locations, including the busy bridge where tourists often congregate to take pictures of Big Ben and other attractions.

The incident took place on the first anniversary of attacks on Brussels in Belgium.

Four people were killed and at least 20 injured in London on Wednesday after a car ploughed into pedestrians and an attacker stabbed a policeman close to the British parliament in what police called a "marauding terrorist attack". The dead included the assailant and the policeman he stabbed, while the other two victims were among those hit by the car as it tore along Westminster Bridge before crashing into railings just outside parliament.
Comments
UK Parliament incidentTheresa MayWestminster parliament