Britain's Prince Harry has asked his elder brother Prince William to be best man at his wedding to U.S. actress Meghan Markle next month. Harry, accompanying his brother, said William had "known for months" he would have the role (Reuters)

LONDON: Britain's Prince Harry has asked his elder brother Prince William to be best man at his wedding to U.S. actress Meghan Markle next month, his office said.

Harry was William's best man at William's own glittering wedding to Kate Middleton in 2011 and has invited his sibling to repay the favour when he marries Markle at Windsor Castle in just over three weeks' time.

William was happy to be asked. "It feels great; thrilled and delighted obviously," he told reporters at the Greenhouse Centre, a facility that provides sport and social facilities for young people in London.

"Revenge is sweet, I'll be looking forward to this," he said, probably referring to the tradition for the best man to poke fun at the groom in a wedding speech.

Harry, accompanying his brother, said William had "known for months" he would have the role.

William, whose official title is the Duke of Cambridge, had no news on what name would be given to his new son, born on Monday.

"I'm working on that," he said in response to reporters' questions.

William and Kate's third child follows siblings George and Charlotte and pushes Harry down a place to sixth in line to the throne.

William's wedding role means he will miss English soccer's FA Cup final because it clashes with the May 19 ceremony, media reported. William, President of the Football Association, usually presents the trophy to the winners. 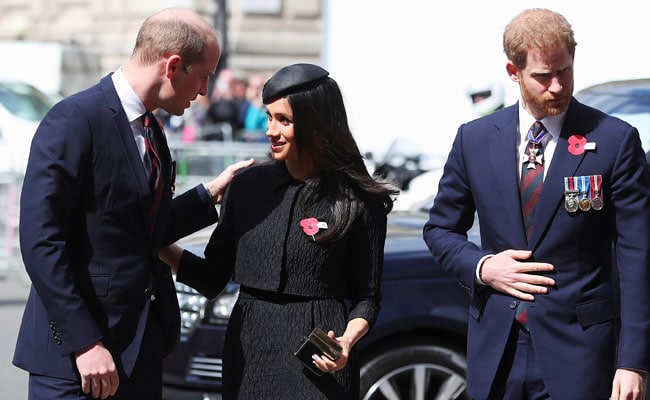 Harry and Markle have invited 600 guests to their wedding and a lunchtime reception afterwards at Windsor, with another 200 attending a private evening event at nearby Frogmore House.

No political leaders are among the invitees. The guests will be people who have an existing direct relationship with the groom or the bride.

However, the couple have invited 1,200 members of the public into the grounds of Windsor Castle as part of the celebrations.

Names of bridesmaids and others in the wedding party have yet to be released.

(Except for the headline, this story has not been edited by NDTV staff and is published from a syndicated feed.)
Comments
Prince WilliamPrince William and Prince Harryprince harry wedding