Dave Smith, a retired driving instructor from Bristol in western England, said he tested positive 43 times, was hospitalised seven times and had made plans for his funeral. 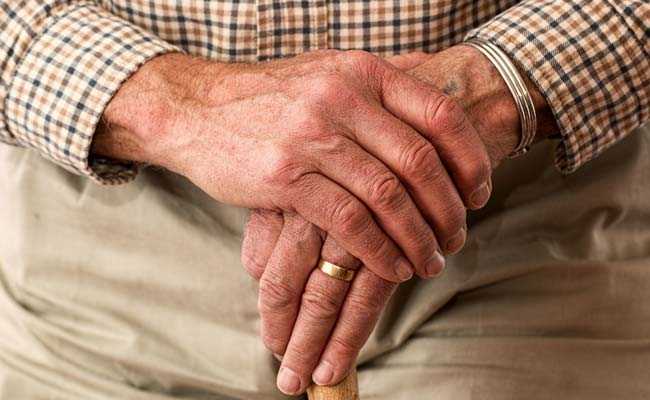 Daev Smith had a history of lung disease and had recently recovered from leukaemia. (Representational)

A 72-year-old British man tested positive for coronavirus for 10 months in what is thought to be the longest recorded case of continuous infection, researchers said on Thursday.

Dave Smith, a retired driving instructor from Bristol in western England, said he tested positive 43 times, was hospitalised seven times and had made plans for his funeral.

"I'd resigned myself, I'd called the family in, made my peace with everybody, said goodbye,", he told BBC television.

His wife, Linda, who quarantined with him at home, said: "There was a lot of times when we didn't think he was going to pull through. It's been a hell of a year".

Ed Moran, a consultant in infectious diseases at the University of Bristol and North Bristol NHS Trust, said Smith "had active virus in his body" throughout.

"We were able to prove that by sending a sample of his virus to university partners who managed to grow it, proving that it was not just left-over products that were triggering a PCR test but actually active, viable virus."

Smith recovered after treatment with a cocktail of synthetic antibodies developed by the US biotech firm Regeneron.

This was allowed on compassionate grounds in his case but the treatment regime is not clinically approved for use in Britain.

Results of a clinical trial published this month showed the treatment reduced deaths among severe Covid patients who are unable to mount a strong immune response.

"It's like you've been given your life back", Smith told the BBC.

He and his wife cracked open a bottle of champagne when he finally tested negative, 45 days after receiving the Regeneron drug and some 305 days after his first infection.

Smith's treatment was not part of an official medical trial but his case is now being studied by virologist Andrew Davidson at the University of Bristol.

A paper on his case will be presented at the European Congress of Clinical Microbiology & Infectious Diseases in July, saying that his is thought to be "the longest infection recorded in the literature".

"Where does the virus hide away in the body? How can it stay just persistently infecting people? We don't know that," Davidson said.

Smith had a history of lung disease and had recently recovered from leukaemia when he caught the virus in March 2020.

He told The Guardian daily that since his recovery, he still gets breathless but has travelled in Britain and is teaching his granddaughter to drive.

"I've been down to the bottom and everything's brilliant now," he said.