BRICS Summit 2017: Pakistan has not been named in the declaration adopted by BRICS. While it is a close ally of China, the statement makes a strong reference on the need for states to act against terror.

BRICS leaders adopted a declaration condemning terrorism at the summit in China's Xiamen.

New Delhi: India on Monday scored a significant diplomatic win as BRICS nations at a summit in China named, for the first time, Pakistan-based groups like Lashkar-e-Taiba, Jaish-e-Mohammed and the Haqqani network in a strongly-worded declaration condemning terror.

"We strongly condemn terrorist attacks resulting in death to innocent Afghan nationals. We, in this regard, express concern on the security situation in the region and violence caused by the Taliban, ISIL/DAISH, Al Qaida and its affiliates including Eastern Turkistan Islamic Movement, Islamic Movement of Uzbekistan, the Haqqani network, Lashkar-e-Taiba, Jaish-e-Mohammed, TTP and Hizb ut-Tahrir," said the declaration issued by BRICS countries or Brazil, Russia, India, China and South Africa, at the summit in Xiamen.

Prime Minister Narendra Modi is attending the summit and will hold talks with President Xi Jinping of China tomorrow, their first meeting after the prolonged Doklam standoff ended last month.

Pakistan has not been named in the declaration adopted by BRICS. While it is a close ally of China, the statement makes a strong reference to the need for states to act against terror.

"We deplore all terrorist attacks worldwide, including attacks in BRICS countries, and condemn terrorism in all its forms and manifestations wherever committed and by whomsoever and stress that there can be no justification whatsoever for any act of terrorism. We reaffirm that those responsible for committing, organizing, or supporting terrorist acts must be held accountable," said the statement. 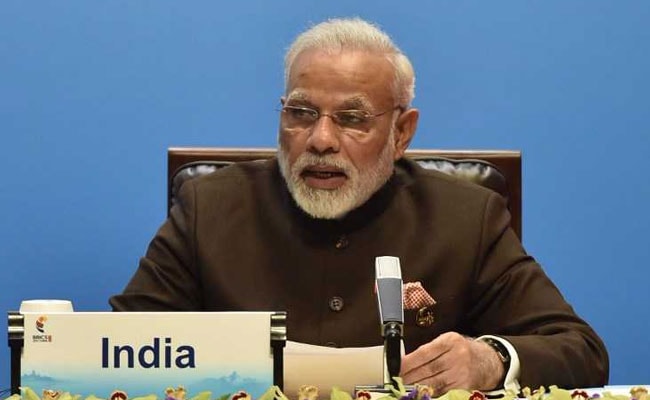 Getting China - in China - on board in a statement that refers to Pakistan-based terror is important since they had  resisted the same at last year's summit in Goa.

However, experts say this does not signal any big difference in Beijing's policy on Pakistan, one of its closest allies.

Responding to the move, Chinese Foreign Ministry spokesman Geng Shuang told news agency PTI that BRICS countries have "shown their concerns to the violent activities raised by these organisations".

Promoted
Listen to the latest songs, only on JioSaavn.com
While this is the first time that a BRICS declaration has named Pakistan-based terror groups, a similar declaration was made in Amritsar during the Heart of Asia conference on Afghanistan last December. There too, the Lashkar and Jaish were named and Pakistan and China, who are members, were both in the meeting.

Jaish was banned way back in 2001 by the UN. China has made a distinction between the group and its chief Masood Azhar. China has repeatedly blocked efforts by India at the United Nations to designate the Masood Azhar a terrorist. The US, UK, France and other countries are backing India.