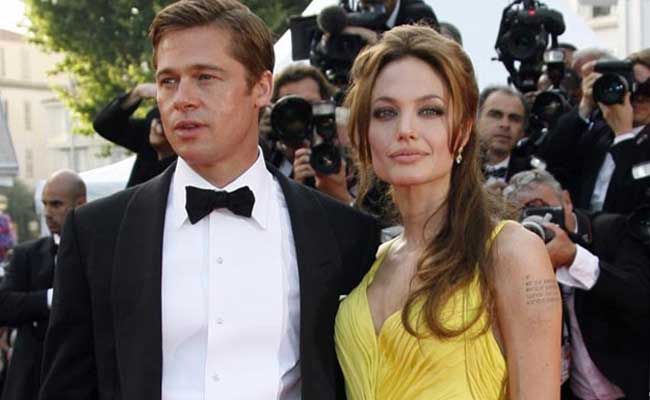 The 52-year-old actor will not file an official reply, despite being two days over Wednesday's cut-off date, until the estranged couple's lawyers have reached an agreement over custody, celebrity gossip websites Us Weekly and TMZ reported.

The "Fight Club" actor is looking for joint legal and physical custody, according to TMZ, but is hoping to avoid a court battle for the couple's six children.

Earlier this week Pitt met his oldest child, 15 year-old Maddox, for the first time since an alleged incident involving the pair on a plane carrying the actor and his children back from vacation in France on September 14.

The FBI has said it is gathering information before deciding whether to launch a federal probe into the allegations.

It has not offered any details on what is said to have happened, but several US media outlets reported that Pitt had been involved in an angry outburst with at least one of his children.

Pitt, who won a best film Oscar for producing "12 Years a Slave" (2013), reportedly visited his other five children on October 8, but Maddox refused to see his father.

"With the resources of these parties, it should be possible for Brad to continue to have meaningful access to the younger children, even if it means that such access will have to be supervised," Emily Pollock, a partner at New York law firm Kasowitz, told AFP.

Further time with Maddox would depend on the severity of the allegations and Maddox's interest in such visits, she added.

Pitt's reunions with his children were both supervised by a therapist as part of the couple's temporary custody agreement -- mediated by the Los Angeles County Department of Children and Family Services -- which expired on Thursday.

Under the agreement Jolie had physical custody of the children -- three of whom, including Maddox, are adopted -- at a rented LA house.

Promoted
Listen to the latest songs, only on JioSaavn.com
The A-listers -- given the celebrity moniker "Brangelina" -- wed in France in August two years ago, but had been a couple since 2004.

AFP reached out to Pitt's management but there was no immediate response.