It was the latest death of a pygmy elephant, whose numbers have been dwindling because they are targeted by poachers for their tusks and as agricultural plantations expand into their jungle habitat. 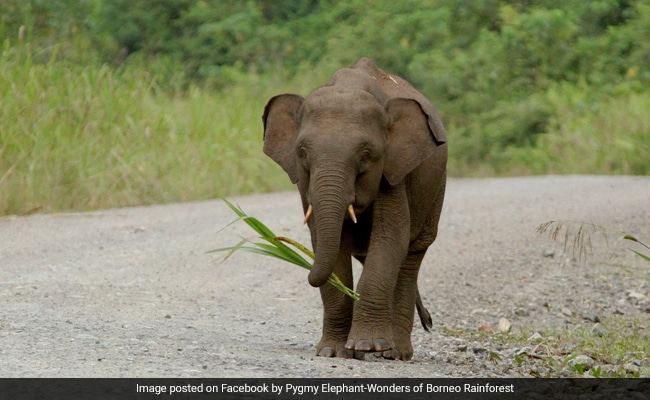 An endangered pygmy elephant found dead on Borneo island had been shot about 70 times and its tusks hacked off during a brutal attack by poachers, Malaysian officials said today.

The male pachyderm's mutilated corpse was found last week floating half-submerged in a river, tied by a rope to a tree on the bank, in Sabah state on Malaysian Borneo.

It was the latest death of a pygmy elephant, whose numbers have been dwindling because they are targeted by poachers for their tusks and as agricultural plantations expand into their jungle habitat.

Speaking after a post-mortem examination, Sabah wildlife department director Augustine Tuuga said such a cruel attack was "not common".

Four or five poachers using semi-automatic guns were believed to have attacked the creature from close range, the Star newspaper reported, citing an anonymous source.

Tuuga said the poachers were believed to be locals and it did not look like a professional operation.

Elizabeth John, a spokeswoman for wildlife trade watchdog Traffic, said there has been a spate of pygmy elephant killings since last year but as yet no arrests.

"It's a serious situation," she told AFP.

"Identifying and bringing those responsible for the killings to justice is key to tackling this threat.

"We hope investigations don't stop at just this case, there is a high chance this is linked to others."

Pygmy elephants are protected under Malaysian law and those found guilty of hunting them face a jail term or hefty fine.

There are only around 1,500 surviving Borneo pygmy elephants, a subspecies that -- despite the name -- can reach a height of up to three metres (10 feet), according to international conservation group WWF.

Rainforest-clad Borneo is the world's third-largest island and is shared between Malaysia, Indonesia and Brunei.