Curtis Anthony alleged in the lawsuit that beginning approximately April 2017, his predominantly white co-workers urinated on his desk and chair, used the n-word in his presence, and tried to get him to violate protocol. 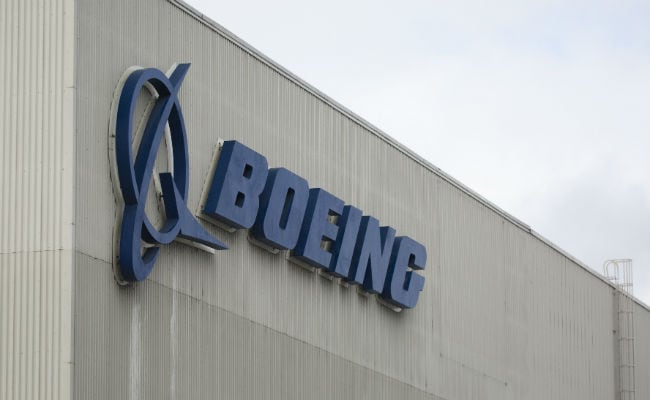 Boeing denied the accusations in a statement Monday.

An African American employee at Boeing's Charleston, South Carolina, plant has alleged that he was a "victim to targeted racial harassment of an intentionally extreme and outrageous nature," according to a lawsuit.

Curtis Anthony, who has worked since 2011 as a quality inspector at the facility that constructs the 787 aircraft, alleged in the lawsuit that beginning approximately April 2017, his predominantly white co-workers urinated on his desk and chair, used the n-word in his presence, and tried to get him to violate protocol.

And then, in March, someone left a noose on his desk.

"I was born in the 60s," Anthony told Live 5 News, which first reported the lawsuit. "I've seen a lot in dealing with the noose and people that live on the dark side instead of living on the light side and people that will always use that as a symbol of hatred."

"It reflected me in a way that it deteriorated me from doing my job," he continued. "It put me back to when I would see people that would represent the noose. Whether they represented it or not, it just brought back bad memories from my past."

The alleged harassment proved detrimental to Anthony's health, and he took a leave of absence in late 2017 under the Family Medical Leave Act to seek treatment for the mental and emotional distress caused by racist hazing, the lawsuit said.

"Urinating on someone's desk and using racial epithets and slurs is not the usual state of business," Donald Gist, the lawyer representing Anthony, told The Washington Post Monday.

Gist said that Boeing had fired the employee suspected of planting a noose in Anthony's office, but that the company had failed to take the previous incidents seriously when Anthony reported them.

Though Anthony has remained with the company, Gist said he is "putting his job, his career, his support of his family, on the line to speak out against racial injustice."

Boeing denied the accusations in a statement Monday.

"Mr. Anthony's requests for FMLA leave have been consistently and repeatedly approved by the company in an expeditious manner," the company said. "Moreover, most of Mr. Anthony's allegations were never brought to the attention of management, giving the company no opportunity to investigate these claims. The single issue he did raise was dealt with promptly and in a fair manner."

The company did not respond to questions about whether an employee was fired over allegations of placing a noose on Anthony's desk.

In late February, Live 5 News reported that a noose had been found at the plant, though Boeing would only acknowledge the discovery of a "racially-charged symbol." Brad Zaback, the vice president and general manager of the 787 program, told Boeing employees in an email that "there is absolutely no place for racism and these cowardly acts in society and especially in our company," and vowed that Boeing would open an investigation, Live 5 News reported.

Gist confirmed to The Washington Post that Anthony had been the target of that incident.

The lawsuit claimed that Boeing acted with "complete indifference" to the urination and racial slurs, despite the fact that Anthony "made numerous specific protected complaints of this race discrimination and racial harassment to his supervisors." In August 2017, he was moved to a different location without air conditioning, which Anthony alleged was done in "retaliation." He also claimed that he was retaliated against for taking FMLA leave, and was denied promotions throughout 2018 as a result of his petitions while his white co-workers advanced instead.

Anthony is seeking "compensatory and punitive" damages. Gist said he hoped the case would prompt Boeing to take steps to prevent discrimination before it happened.

"Boeing's going to have to step up to the plate," he said. "They need to do sensitivity and diversity training."

The lawsuit comes as Boeing faces intense scrutiny after two fatal crashes involving its 737-Max jets resulted in the grounding of the planes by airlines and regulators around the world. In April, the New York Times reported that claims of shoddy workmanship, disregarded safety standards, and unsafe labor conditions at the Charleston, S.C. complex had led to concerns about the safety of its 787 Dreamliner jet.