Witnesses reported the blast after hearing a loud noise, and images of flames and smoke were shared on social media. 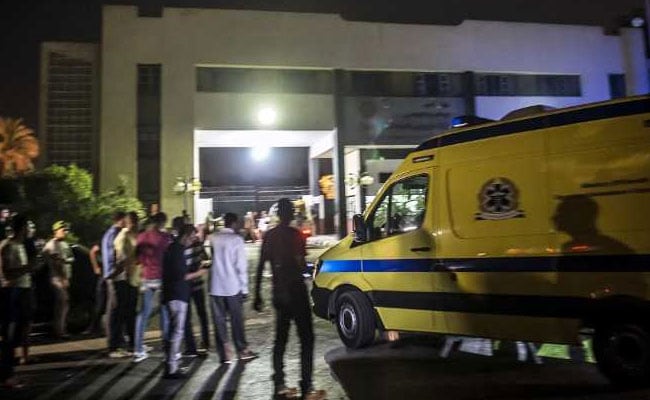 A strong explosion at a chemical tank near Cairo airport in the east of the Egyptian capital has left at least a dozen people injured, the army said on Thursday night.

Witnesses reported the blast after hearing a loud noise, and images of flames and smoke were shared on social media.

Security sources said the 12 injured people were taken to hospital for treatment.

Army spokesman Tamer el-Refai said on Twitter an "increase in heat" caused the explosion, which took place at a company specialising in "chemical industries" in an area controlled by the army.

The area was cordoned off by a strong police presence, according to an AFP correspondent on site, who said fire engines and emergency vehicles were sent to fight the flames and help the wounded.

The Department of Civil Aviation denied that the explosion took place inside the airport, as indicated by some witnesses.

"Departing and arriving flights are not affected," he added.

(Except for the headline, this story has not been edited by NDTV staff and is published from a syndicated feed.)
Comments
Cairo chemical plant blastCairo airport