Blame The Weather, Not Me: Shafqat Amanat Ali Over Botched Pakistan Anthem 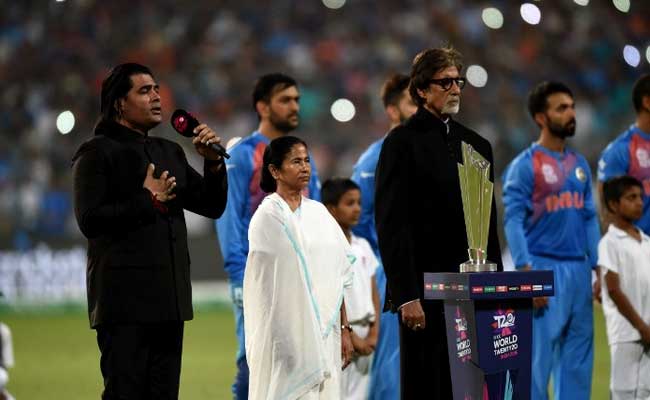 Shafqat Amanat Ali sang the Pakistani national anthem before the country's clash with India at the World T20. (AFP photo)

New Delhi: Pakistani singer Shafqat Amanat Ali, who is being criticised for a botched up rendition of his country's national anthem at the India-Pakistan match in Kolkata, says only the weather can be blamed for the "technical problem" that played spoilsport in the "great moment".

The popular singer faced the ire of his fans on social media, who not just condemned him for "forgetting lyrics" of Pakistan's national anthem, but also for bringing "bad luck" to the cricket team, which eventually lost the match to India on Saturday.

"The only thing which is to be blamed was weather as it rained a lot on Saturday and it upset the whole schedule... We couldn't do anything with the rain, due to which we couldn't do an audio check (before the performance) and I was not aware of the problem waiting for me out there," Ali told the media here on Monday.

He said that while he knew there was "some technical problem, at that time the only thing I thought was that the national anthem shouldn't stop in between as it would have looked odd".

The singer was also upset about being "abused".

"I can do it too, but I feel that that there are a lot of other ways to express your emotions than abusing. These people do it for attention," he said, adding that he would not want to criticise anyone for whatever happened.
Comments
Shafqat Amanat AliPakistan National AnthemIndia Pakistan T20