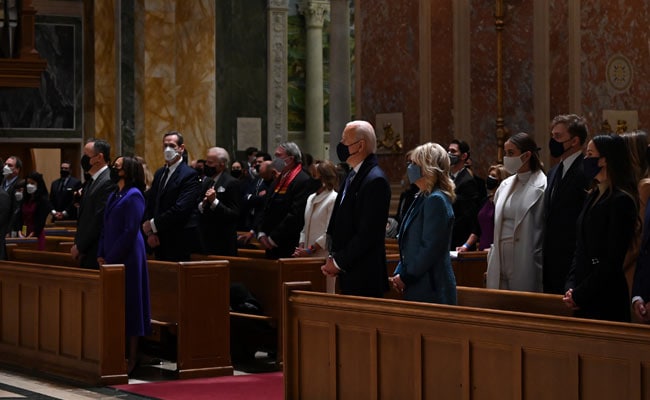 Bidens attended mass with Democratic, Republican leaders of Congress in a sign of unity

US President-elect Joe Biden attended a mass at St Matthew's Cathedral in Washington, DC on Wednesday morning, accompanied by Democratic and Republican leaders of Congress in a symbol of unity ahead of his inauguration.