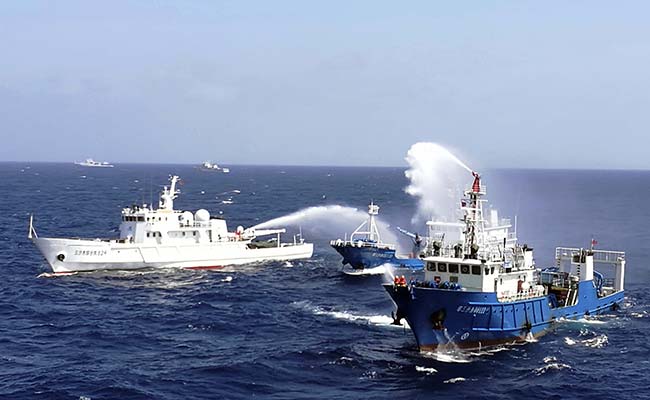 Chinese ships putting out a fire on a mock cargo vessel during an emergency drill in the South China Sea.

Beijing: Beijing will close off access to part of the South China Sea for military drills, officials said Monday, after an international tribunal ruled against its sweeping claims in the waters.

An area off the east coast of China's island province of Hainan will host military exercises from Tuesday to Thursday, China's maritime administration said on its website, adding that entrance was "prohibited".

The area of sea identified is some distance from the Paracel islands and even further from the Spratlys, with both chains claimed by Beijing and several other neighbouring states.

The Permanent Court of Arbitration (PCA) in The Hague last week ruled that there was no legal basis for Beijing's claims to much of the sea, embodied in a "nine-dash line" that dates from 1940s maps and stretches close to other countries' coasts. 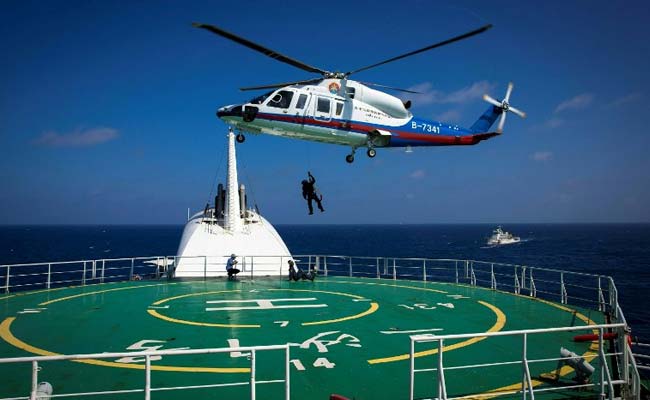 Manila -- which lodged the suit against Beijing -- welcomed the decision, as China dismissed it as a "piece of waste paper".

Despite Chinese objections, the European Union weighed in on the subject at a regional summit this weekend, with President Donald Tusk telling reporters that the grouping "will continue to speak out in support of upholding international law", adding that it had "full confidence" in the PCA and its decisions.

China pressured countries in the ASEAN bloc of Southeast Asian nations not to issue a joint statement on the ruling, diplomats said.

In a separate message on its website, the maritime administration said last week that four out of five lighthouses built atop islands and reefs in the sea have been activated, and a fifth would be put into use soon.

(This story has not been edited by NDTV staff and is auto-generated from a syndicated feed.)
Comments
BeijingSouth China SeaChina on South china sea