Before Nuclear Weapons, North Korea Had Deadly Plots. They Blew Up Planes 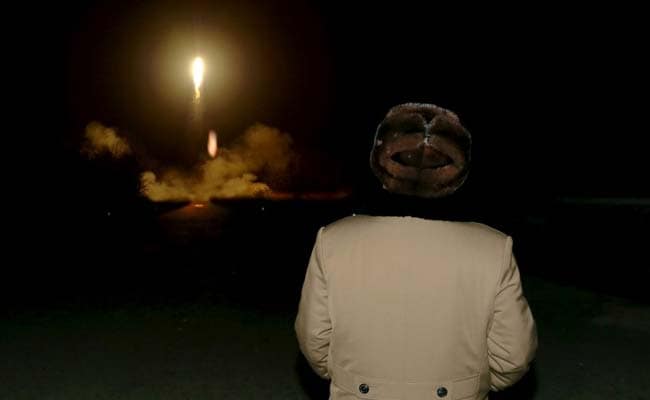 On a January night in 1968, after two years of secretive training, a 31-member team of North Korean commandos cut a hole in the fence of the demilitarized border and started heading south. Their goal: to sneak undetected into the South Korean capital of Seoul, enter the presidential residence, and chop off the head of leader Park Chung-hee.

They didn't succeed. A few hundred yards from their target, the raiders - disguised in South Korean military uniforms - were intercepted. A South Korean officer drew his pistol. A North Korean commando fired. A gunfight broke out in downtown Seoul, and as the grenade-armed commandos scattered, the battle spread across the city and into the mountain range north of the presidential palace. At least one commando escaped back to Pyongyang. Another was captured.

By the end, 29 North Koreans were dead. So were several dozen South Koreans, including civilians, according to most accounts. (The South Korean government says just seven civilians and officers were killed.)

"There can be little doubt that North Korea is ready to accept the risk of another war," an editorial in The Washington Post said days later.

At the time, North Korea didn't yet have nuclear weapons or long-range missiles. It hadn't yet crafted its present day reputation as a hermetic police state that might say or do anything. Sen. John McCain hadn't yet called North Korea's leader a "crazy fat kid," as he did last month.

But it's also wrong to imagine prenuclear North Korea as some tamer version of the modern menace. In fact, the country was both deadlier and more daring, routinely orchestrating terrorist-style missions outside its own borders. Instead of carrying out cyber attacks and underground nuclear weapons tests, North Korea blew up planes, kidnapped foreign civilians, sent commandos to South Korean beaches and islands, and tried several times to assassinate South Korean leaders.

Whereas the North of today is a relatively isolated country trying to use the threat of weapons and brinkmanship to ensure its survival, the North of the late 1960s was using violence to foment chaos and revolution in the South, with the hope of ultimately spreading communism across the peninsula.

"Pyongyang seems willing to live with a situation which involves substantial casualties and presents a continuing danger of retaliatory attack," a 1969 Central Intelligence Agency brief said, noting the "extreme and growing egoism" of the country's leader and founder, Kim Il Sung.

Two days after the commandos came within striking distance of the Blue House, the presidential headquarters, North Korea seized a lightly armed U.S. vessel, the Pueblo, and took more than 80 American crewmen captive; they stayed at a prison camp for nearly a year until their release.

Later that year, another team of commandos landed on South Korea's eastern coast, hoping to establish a Communist guerrilla base. According to author Andrei Lankov, among the foremost North Korea scholars, those commandos herded villagers into "ideological indoctrination sessions where the farmers were harangued about the greatness of the Great Leader, the happiness of their northern brethren, and the assorted wonders of the soon-to-come Communist paradise." South Korea's military and police flooded in. There was another bloodbath. About 20 South Koreans died, as did most of the commandos.

- 1986: A bomb at Gimpo airport on the outskirts of Seoul killed five and injured 30.

- 1987: Another bomb, planted by two North Koreans on an earlier flight, exploded midair on a route from Baghdad to Seoul, killing 115. One of the agents, Kim Hyon-Hui, who tried and failed to kill herself with cyanide, was extradited to South Korea and sentenced to death. If the hope was to provoke chaos in Seoul, the bombings backfired. In South Korea, Kim Hyon-Hui tearfully apologized on national television and said she "deserved to die a hundred times over."

The South Korean public was overwhelmingly sympathetic, feeling she was instead the victim of an oppressive, brainwashing regime. In Seoul, some 50,000 turned out in subfreezing temperatures for an anti-Pyongyang rally. Kim Hyon-Hui eventually received a presidential pardon.

In South Korea today, people more easily shrug off the threat of North Korea than they used to. An entire generation has grown up without viewing the North as an ideological adversary or a lethal enemy. (One notable exception: In 2010, North Korea torpedoed a South Korean ship, killing 46 seamen.)

The mountains behind the Blue House help tell how things have changed. In 1968, some of the raiding commandos tried to escape across the Bugaksan range. The area, because of its strategic sensitivity, was off-limits for decades. But several years ago the mountain range reopened as a hiking trail.

Hikers can make the trek so long as they show a passport or other ID at the entrance. The trail has some of the best views of Seoul, but undercover officers, dressed in hiking gear, stop anybody who tries to take a photo of the presidential office. Perhaps the hike's most famous site is a pine tree.

Promoted
Listen to the latest songs, only on JioSaavn.com
A symbol of the commando raid from 49 years ago, it's nicked with 15 bullet holes.