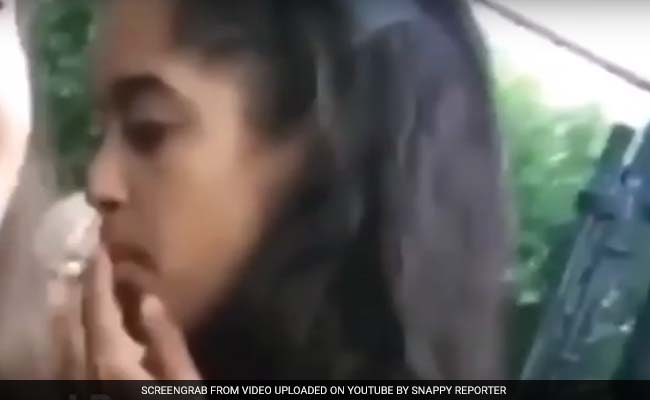 Washington: Malia Obama, the elder daughter of US President Barack Obama, has been spotted smoking what some suspect to be a cannabis joint.

The 18-year-old, who is set to attend Harvard next year, was at the Lollapalooza music festival in Chicago, Illinois, where a nine-second video published by Radar Online, apparently captured her smoking, is doing the rounds on internet and has evoked mixed reactions from public.

The website claimed an eyewitness smelled cannabis in the air, the Telegraph reported.

Cannabis is decriminalised in the state of Illinois and people are allowed to possess up to 10 grams of the drug.

Previous video had emerged of her "twerking" at the festival.

Her father had previously admitted smoking cannabis as a youth and he was part of a group of friends known as the "choom gang" in Hawaii.

Malia is currently on a gap year before going to Harvard in the autumn of 2017.

At the Democratic Convention, her mother Michelle Obama spoke movingly about her effort to give Malia and younger sister Sasha a normal life.

Sasha Obama, 15, has undertaken a summer job in a fish restaurant in Martha's Vineyard.

(This story has not been edited by NDTV staff and is auto-generated from a syndicated feed.)
Comments
Malia ObamaUS president Barack ObamaMalia Obama Caught SmokingMalia Obama caught smoking weed

US Charges Six Members Of Russian Military Intelligence Over Cyberattacks