A person close to the Vice-Presidential search told CNN that Joe Biden and Barack Obama spoke regularly about the choices before the Democratic Party and the political moment facing the country. 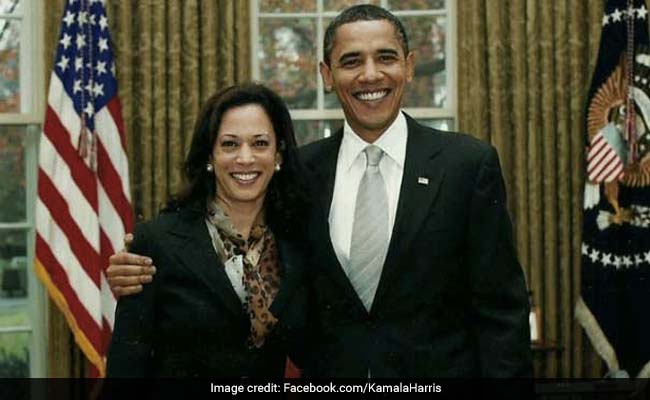 Joe Biden's firm belief in the experience and his extensive discussions with many friends, including former President Barack Obama who served as "a sounding board" over the last three months, helped the Democratic presidential nominee zero-in on Indian-origin Senator Kamala Harris as his vice-presidential running mate.

A person close to the Vice-Presidential search told CNN that Joe Biden and Barack Obama spoke regularly about the choices before the Democratic Party and the political moment facing the country.

The former President "did not put his thumb on the scale for any particular candidate," the person close to the process said, "but mostly provided high-level counsel and was a sounding board as the vice president made his decision," the report said.

One of the reasons Obama selected Joe Biden twelve years ago was that the former Vice President had been tested on the national stage after twice running for President and being on the debate stage multiple times. It was that same quality that also contributed to Joe Biden choosing 55-year-old Kamala Harris, given her experience as a presidential candidate in the 2020 primary.

Barack Obama, the first Black American President, said Kamala Harris "is more than prepared for the job," adding that it is, "a good day for our country".

"I've known Senator Kamala Harris for a long time. She is more than prepared for the job. She's spent her career defending our Constitution and fighting for folks who need a fair shake. This is a good day for our country. Now let's go win this thing," he said in a tweet.

A friend of Joe Biden said the former Vice President took a deep look at nearly a dozen women in his search and Harris "always made sense to him". It was a deliberate search, looking for a governing partner and a loyal teammate.

Throughout the process, Biden talked often about the bruising nature of a presidential race, particularly the general election campaign ahead with President Trump, and he believed the experience was critical, the report said.

That contributed to Biden beginning – and ending – his search with Harris, whose father is an African from Jamaica and mother an Indian.

Sources close to Biden have long said that he was looking for a governing partner. And while Harris was only a few years into her first term as US senator, one selling point on the experience front is her leadership as California's Attorney General.

Kamala Harris often said on the campaign trail that she led the second-largest Department of Justice in the country, second only to the US Department of Justice. And as Biden looked at the range of experiences that would make a vice president ready to serve, that was one of them, according to the report.

A Biden campaign photographer has shared a photo on Instagram of the former Vice President calling Kamala Harris via video earlier today to inform her that she was his pick for his running mate.

"@JoeBiden can unify the American people because he's spent his life fighting for us. And as President, he'll build an America that lives up to our ideals. I'm honored to join him as our party's nominee for Vice President, and do what it takes to make him our Commander-in-Chief," Ms Harris tweeted her first reaction since it was announced on Tuesday that she will be Joe Biden's running mate.

Joe Biden personally informed Illinois Senator Tammy Duckworth, New Mexico Governor Michelle Lujan Grisham, and Florida Rep. Val Demings that they had not been chosen, according to sources with knowledge of the calls. Duckworth had interviewed with Biden last weekend.

Joe Biden called Senator Elizabeth Warren, a Democrat from Massachusetts, himself earlier on Tuesday to inform her that she would not be chosen as his running mate, the report quoted a source as saying.

In selecting Harris, Joe Biden adds a former primary rival who centered her own presidential bid on her readiness to take on President Donald Trump and show Americans she would fight for them.

Sarah Palin took to Instagram to share some tips for Kamala Harris, the first Black woman to run on a major political party's presidential ticket.

"Fight mightily to keep your own team with you - they know you, know your voice, and most importantly are trustworthy," she wrote.

"Don't get muzzled - connect with the media and voters in your own unique way. Some yahoos running campaigns will suffocate you with their own self-centered agenda so remember YOU were chosen for who YOU are. So stay connected with America as you smile and ignore deceptive "handlers" trying to change you," she added.