Barack Obama to Congress: Act on climate change or I will 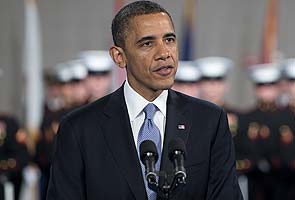 Big Bear Lake, California: President Barack Obama is telling Congress that he will take action to combat climate change if lawmakers don't do it themselves.

In his State of the Union address Tuesday, the president said Congress should write legislation that would give polluters market-based incentives to reduce the emissions blamed for global warming. He said if lawmakers don't do that, his administration will craft executive actions that would cut pollution, help get communities ready for the effects of climate change and encourage increased use of cleaner sources of energy.

Promoted
Listen to the latest songs, only on JioSaavn.com
Obama says progress can be made against climate change without interrupting economic growth.

The president says that with extreme weather getting more intense and increasingly frequent, lawmakers can believe those events are a coincidence or they can act before it's too late.