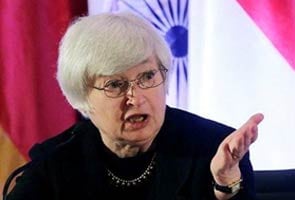 Yellen, 67, will be the first woman ever to lead the Fed and is widely expected to maintain Bernanke's focus on supporting the US economy until joblessness can be brought down.

"America's workers and families will have a champion in Janet," Obama said in a White House ceremony, flanked by Yellen and Bernanke.

He called Yellen "exceptionally qualified" for what he said was one of the most important jobs in the world.

"She is a proven leader, and she's tough. Not just because she is from Brooklyn," Obama said.

He cited her record of having "sounded the alarm early" about the housing and financial bubble that led to the 2008-2009 recession.

Promoted
Listen to the latest songs, only on JioSaavn.com
"She calls it like she sees it," Obama said.