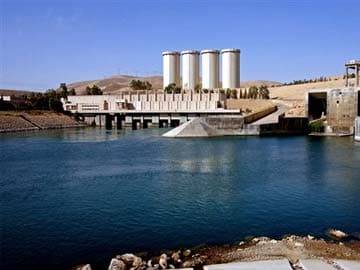 Washington: President Barack Obama says the recapturing of Mosul dam in northern Iraq by Iraqi and Kurdish forces is a "major step forward" in the battle against Islamic State militants.

Promoted
Listen to the latest songs, only on JioSaavn.com
Speaking at the White House, Obama said Monday that if the dam on the Tigris River had been breached it could have had catastrophic consequences and endangered American Embassy personnel in Baghdad.

Obama said the U.S. is urgently providing arms and assistance to Iraqi security forces as well as Kurdish fighters as they seek to reverse the Islamic State fighters' recent gains.