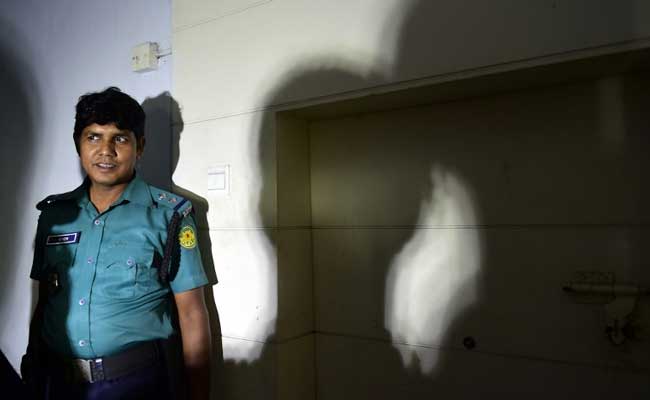 DHAKA: Protesters rallied in the Bangladesh capital today over the latest attacks against secular writers and publishers, accusing the government of failing to halt rising deadly violence blamed on hardline Islamists.

Teachers, writers, students and other protesters converged on Dhaka University to vent their anger, one day after a gang of men armed with machetes and cleavers hacked to death a publisher of secular books.

Two secular bloggers and another publisher were also badly injured in a similar and separate attack in Dhaka on Saturday, leaving them in pools of blood in their office.

"First they targeted the writers, and now the publishers and soon they'll target all of us," Samina Lutfa, a teacher at the university, told the rally of a couple of hundred protesters.

"Don't stay at home, come out on the street and protest these killings," she said at the campus, Bangladesh's secular bastion, as protesters called for similar rallies elsewhere in the country.

Fears of Islamist violence have been rising in Muslim-majority Bangladesh after four atheist bloggers were murdered this year, allegedly by Islamist hardliners.

Al-Qaeda in the Indian Subcontinent (AQIS) claimed responsibility for Saturday's attacks, along with the four earlier ones, branding the victims "blasphemers" and warning any writers who criticiseIslam of being next in line.

Police said Faisal Arefin Dipan, 43, was killed in his third-floor publishing office in central Dhaka on Saturday, with his attackers padlocking the door from the outside as they left.

Dipan published several books by Avijit Roy, a US national of Bangladeshi origin, who was hacked to death outside a book fair in February in the capital.

Shuddhaswar owner Ahmedur Rashid Tutul, 43, whose condition is still serious, also previously brought out several of Roy's books including one on homosexuality.

"It's a failure of the government that it has not been able to prosecute the killers," said Imran Sarker, head of a secular bloggers' group, which organised the protests.

"There is a climate of impunity in which these militants now operate brazenly," he said.

Police said both of Saturday's attacks bore the hallmarks of the earlier ones on bloggers which were blamed on banned local group Ansarullah Bangla Team. Police could not confirm if AQIS was behind the latest ones.

Bloggers say about a dozen secular writers have fled the country in fear following this year's killings, while some have faced threats themselves from Islamists.

Prime Minister Sheikh Hasina's government has blamed local hardline Islamist groups for the earlier attacks and launched a crackdown after facing Western criticism of failing to stop the bloodshed.

Bangladesh has also been rocked by the recent murders of an Italian aid worker and a Japanese farmer, while Dhaka's main Shiite shrine was bombed last weekend, killing two people and wounded dozens.

The government has accused its political opponents of orchestrating those attacks to destabilise the country, rejecting the Islamic State group's claim of responsibility.

Bangladesh prides itself on being a mainly moderate Muslim nation, but the gruesome killings along with the Shiite shrine bombing have heightened fears for minorities.