Bangladesh Photographer Freed After Spending More Than 100 Days In Jail

The 63-year-old Shahidul Alam was arrested on August 5 for making "false" and "provocative" statements on Al Jazeera television and Facebook during student protests. 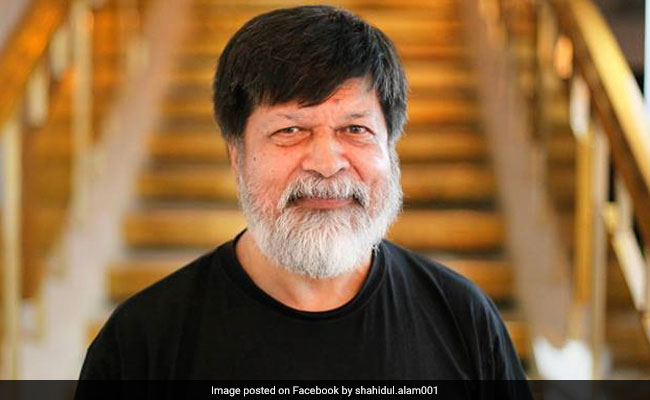 His lawyers have argued that Alam's detention was "a clear violation". (File)

Award-winning Bangladeshi photographer and activist Shahidul Alam was released from prison Tuesday after more than 100 days behind bars, in a closely watched freedom of speech case.

The 63-year-old Alam was arrested on August 5 for making "false" and "provocative" statements on Al Jazeera television and Facebook during student protests.

He was freed from Dhaka's main jail Tuesday after being granted bail last week.

Alam told AFP he hoped his release would "signal freedom for many others" also detained during the massive student demonstrations.

"It is a fantastic feeling to be free in a free country, breathing free air. But I hope for freedom for everyone else," he said.

He was held under controversial internet laws which critics say have been wielded by Prime Minister Sheikh Hasina to stifle dissent and harass journalists.

Alam spoke briefly to reporters after he came out of prison to describe conditions inside jail, Alam's close associate Rezaur Rahman told AFP.

The photographer had previously said he was badly beaten while in custody.

Although Alam was granted bail on Thursday last week, he had to wait another five days to be set free as the prosecution moved to appeal against the bail order.

He had earlier applied unsuccessfully for bail four times.

Alam, whose work has appeared widely in global media and who founded the renowned Pathshala South Asian Media Institute, faces a maximum 14 years in jail if convicted.

His lawyers have argued that Alam's detention was "a clear violation" of his fundamental rights under Bangladesh's constitution.

The photographer's arrest triggered international protests -- with rights groups, Nobel laureates and academics calling for his release -- and followed a series of mass rallies this summer after two teenagers were killed by a speeding bus.

The massive protests evolved into broader demonstrations against Hasina, who will seek a third consecutive term next month, and her Awami League party.

Alam told Al Jazeera at the time that the protests were the result of pent-up anger at corruption and an "unelected government... clinging on by brute force".

He was arrested the same day, with many other protesters held on similar charges as authorities cracked down on demonstrators.

In reaction to Alam's release, Amnesty International said Tuesday Bangladesh authorities must immediately drop charges against him and "uphold its international commitments to protect the right to freedom of expression".

"Shahidul Alam is a bold representation of Bangladesh through his lens. He should not have been detained at the first place," said Saad Hammadi, Amnesty International's Regional Campaigner for South Asia.

Human Rights Watch accused Bangladesh of targeting activists and journalists in the wake of the protests instead of prosecuting those who attacked students with fists and rods.

Michelle Bachelet used her first statement as UN High Commissioner for Human Rights to raise the issue of attacks on journalists in Bangladesh.

In recent weeks, Hasina has been accused of stifling dissent further by ratifying a controversial new digital-security law.

And a prominent critic of the government was arrested for defamation last month, days after he helped form an opposition coalition.

2 Students Killed, Teacher Injured In Shooting At US School