Ahead of the planned Dhaka rally, the BNP staged several peaceful public meetings in major cities across Bangladesh in the past weeks. 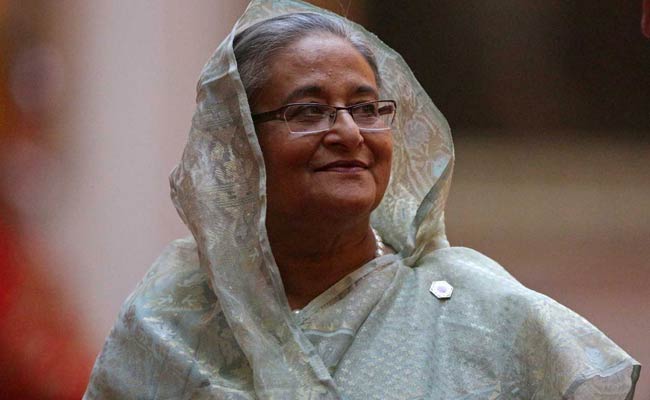 Bangladesh will hold its next general election in 2024.

Police in Bangladesh on Friday arrested two top leaders of the main Opposition party BNP, a day before its planned grand rally in the capital to call for Prime Minister Sheikh Hasina's resignation.

"DB (detective branch) men arrested Mr Mirza Fakhrul Islam Alamgir from his Uttara (area) residence at about 3 am. There are some cases against (pending against) him," Uttara police station's officer in charge Zahirul Islam told newsmen.

A BNP spokesman, meanwhile, said the police also arrested the party's standing committee member Abbas, who is the former mayor of Dhaka, from his Shahjahanpur home in the capital in a pre-dawn raid.

BNP spokesman Zahiruddin Swapan said the plainclothesmen told Alamgir was being taken away on "orders of the high command".

The BNP is demanding that Prime Minister Hasina step down in favour of fresh elections under a caretaker government instead of ruling Awami League, fearing the polls to be rigged by her administration.

Bangladesh will hold its next general election in 2024.

The development came two days after one person was killed and scores others were wounded as police clashed with angry BNP activists in front of their central Naya Paltan office as they were preparing for the December 10 rally.

Police called the BNP's Naya Paltan office a "crime scene" after claiming to have found Molotov cocktails at the location.

The BNP is in a row with the government over the site of their scheduled rally. The party alleged that some 2,000 of their activists were arrested in the past several days to scuttle the December 10 rally.

Several government leaders and police said they expected the dispute over the rally site to be subsided as the BNP was offered two alternative sites.

Ahead of the planned Dhaka rally, the BNP staged several peaceful public meetings in major cities across Bangladesh in the past weeks.

But the party alleged that the government tried to upset them by manipulating transport owners to call region-wise transport strikes to prevent its supporters from joining the rallies.

Despite being the main Opposition, the BNP remained outside Parliament as they boycotted the 2014 and 2018 elections, claiming no election under the incumbent government will be fair or credible.

In the 2018 elections, the BNP suffered a miserable defeat by bagging only six seats in the 300-member Parliament and since then the party remained in a state of wilderness.

Political analysts said the BNP has rallied significant support but the party was in a dilapidated shape after its chairperson 77-year-old Zia convicted of two graft charges.

A court in 2017 sentenced her to a 17-year jail term and she spent months in prison.

Zia, a three-time premier, however, was allowed to stay at her home in Dhaka under a special government provision since the outbreak of the COVID-19 pandemic and debarred from joining any political activity.

The BNP has elected her expatriate elder son Tarique Rahman, also a convict of several criminal and graft charges, as its acting chairman.

He now stays in London and oversees the party activities from abroad.

Several Bangladeshi courts have declared him a fugitive as he failed to appear in person to face the charges.