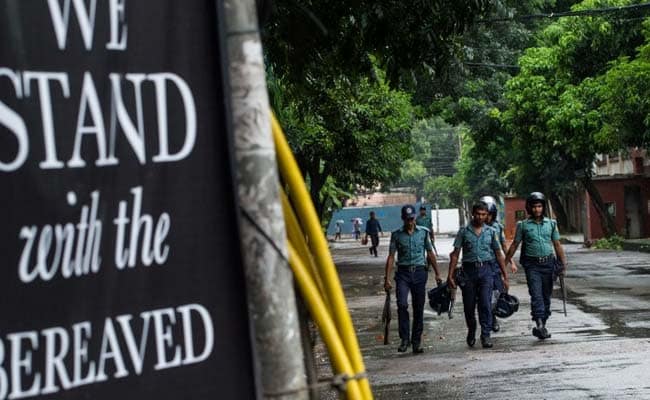 Dhaka: Bangladesh police said Friday they had arrested the "spiritual leader" of a banned Islamist outfit alleged to have carried out a series of deadly attacks in the country.

Police detained Maolana Abul Kashem, 60, from a hideout in the capital on Thursday night after an investigation linked him to the Jamayetul Mujahideen Bangladesh (JMB) group.

Mohibul Islam Khan, deputy commissioner of the Dhaka police counter-terrorism unit, said Kashem had inspired the attack on a Dhaka cafe last July in which 22 people including 18 foreign hostages were killed.

"He was the spiritual leader of the JMB," Khan told AFP.

"In our primary investigation we have found all (the extremists) were inspired by him."

Bangladesh has suffered a spate of attacks on secular activists, foreigners and religious minorities in recent years.

Al-Qaeda and the ISIS group have claimed responsibility for several of the attacks, but Prime Minister Sheikh Hasina's secular government has pinned the blame on local extremists.

Promoted
Listen to the latest songs, only on JioSaavn.com
Several top leaders of the JMB have also been killed, most in what police said were shoot-outs. Rights groups have voiced suspicions these may have been staged.

Another counter-terrorism police officer Sanwar Hossain said Kashem had headed an Islamic seminary before joining the JMB in 1998.