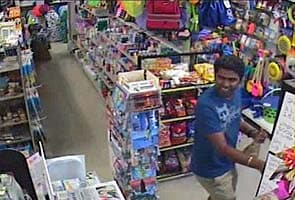 New York: A 26-year-old Indian employee at an IT firm, who was accused of murdering an American woman, was found dead after he allegedly committed suicide due to suspected drug overdose at a New Jersey hotel.

Pawan Kumar Anjaiah, 26, a software engineer, was in the US on an assignment with IT firm Cognizant.

Delaware state police had issued arrest warrants against Anjaiah, charging him with first degree murder and possession of a deadly weapon, after a Pennsylvania woman Danielle Mehlman was found murdered in Delaware's Dewey Beach motel on June 18.

However, the search for Anjaiah ended after authorities found him dead at a northern New Jersey motor lodge on June 19.
Katherine Carter, a spokeswoman for the prosecutor's office in New Jersey's Essex County, said Anjaiah committed suicide and died of "an apparent drug overdose."

In Delaware, state police said they were still awaiting autopsy results to determine the exact cause of death of Mehlman, who had worked as a school teacher.

Police had released a surveillance photo of Anjaiah at a grocery store, wearing a blue T-shirt and short pants, after her death.

"Mehlman had been stabbed several times, so it was very messy," Dewey Mayor Diane Hanson was quoted as saying in a Delaware News Journal report.

James Russen, Mehlman's former boyfriend and the father of her 4-year-old son, said her family was told she had been stabbed.

Russen, 31, of New Jersey, said their son was with him  for Father's Day on June 17 and was to return to Mehlman on Monday.

But he said she never showed and he could not reach her by phone. Late in the afternoon on June 18, Russen called her family in an effort to find her.

Delaware State Police had contacted Mehlman's family with news of her death.

Her body was found by a chambermaid at the motel.

Promoted
Listen to the latest songs, only on JioSaavn.com
Anjaiah was in the US on an H1 B work visa, according to a statement from US Immigration and Customs Enforcement in Newark, New Jersey.