A single microbe has destabilized health-care systems, unbalanced economies, and confounded government leaders worldwide. Even as we cope with the covid crisis, nature keeps throwing new challenges at us. 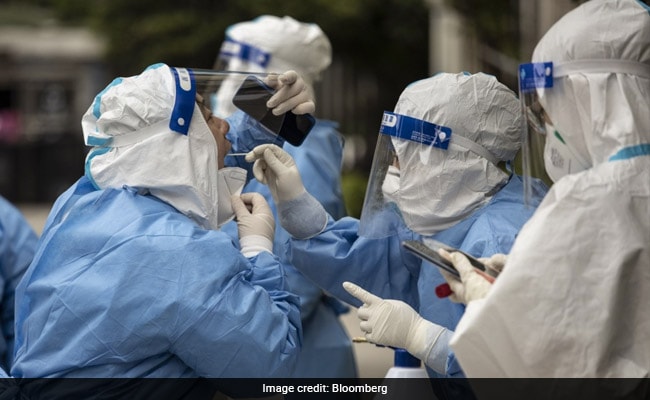 When a respiratory virus sweeps away almost 15 million lives in two years, as COVID-19 has, according to a May 5 World Health Organization estimate that includes indirect deaths, it's a ­savage hit to humanity.

A single microbe has destabilized health-care systems, unbalanced economies, and confounded government leaders worldwide. Even as we cope with the covid crisis, nature keeps throwing new challenges at us, ranging from an outbreak of rare viral monkeypox to an unexplained run of child hepatitis. It's a humbling moment for Homo sapiens, accustomed as we are to doling out crushing blows to other life forms rather than having them rock our own.

Why have we stumbled so spectacularly? The short answer is that we've rarely been adept at dealing with contagions on a massive scale. If you look at the history of infectious disease outbreaks, across millenniums and technological eras, societies have reacted in similarly self-defeating ways.

We're cognitively wired to react to risks we can see and feel in the here and now—less so with invisible, shape-shifting biological events that happen infrequently. The disease avoidance strategies we've adapted that make sense at an individual level can set off widening gyres of social disorder for a community at large.

Pandemics divide us. We're more likely to look for ways to scapegoat outsiders, and more susceptible to entertain baseless conspiracies to justify our actions or downplay risks. Game theory research shows that the longer a health crisis lasts, the less likely individuals are to make the shared sacrifices needed to ensure public health.

The Plague of Athens in the fifth century B.C., which is believed to have wiped out 25 percent of the city-state's population, “marked the beginning of a decline to greater lawlessness,” the ancient military historian Thucydides wrote in History of the Peloponnesian War.

Almost 2,500 years later, a viral adversary unmoored the US, where homicides and hate crimes have soared since. Pandemic and vaccine skepticism posed challenges to public health officialdom, even in the face of more than 1 million dead Americans. “We're going through a truly historic pandemic that people feel is not real,” Anthony Fauci, America's top infectious diseases authority and director of the National Institute of Allergy and Infectious Diseases (NIAID), said at the end of 2020.

If we're going to successfully handle future viral and bacterial outbreaks, we'll need to head off pathogens quietly circulating in nature or within wildlife and livestock animal carriers well before they escape into human populations. That requires sustained, long-term investment in a biosurveillance system that tracks microbial risks at something approaching the molecular level. We need far better understanding of how these microscopic creatures behave and the dangers they pose.

Most microbes are harmless or even symbiotically beneficial. Then again, a transmissible, cross-species avian virus could hypothetically kill hundreds of millions of people. When a new pathogen rifles through urban centers, the window to respond is often a matter of weeks. Wait too long and leaders face a Hobbesian choice: You can save lives or your economy. China's covid lockdowns have sent shock waves through its economy and global supply chains.

Rich-world governments certainly think a lot about pandemic risk. Yet scientific funding skews way more to known diseases and microbes than to future, probabilistic risks. “We are still stuck in a 20th century mode of finding a pathogen, developing a vaccine, and waiting for the next pathogen,” says Dennis Carroll, former director of the US Agency for International Development's (USAID) Pandemic Influenza and Other Emerging Threats Unit.

Secrets of the Microbe

Discerning how microbes swap genes and collaborate in swarming, cross-species networks called microbiomes is where things stand to get especially interesting in the decades ahead. These infinitesimal biological entities have thrived for almost four billion years and survive in extreme environments, from scalding hydrothermal vents in deep ocean trenches to the International Space Station. The potential payoffs from unraveling the genetic secrets of microbes transcend pandemic prevention. Microbial science is central to all the big, civilizational challenges ahead: food security, bioweapons, ocean health, and climate change, to name a few.

In our oceans, the Arctic, and the Amazon region, microbiomes recycle greenhouse gases such as carbon dioxide, nitrous oxide, and methane. Yet a warming planet may be changing their metabolism and possibly undermining that role. Studies show evidence of increased methane emissions from naturally occurring carbon storage systems called “sinks” in thawing permafrost and dwindling rainforest regions.

Until this century, biologists and geneticists had few investigative tools to explore this strange micro world, so much so that some scientists dubbed microbes and their constituent DNA “dark matter.” What's changed is the rapid-fire digitization of biology. Advanced sequencing techniques, combined with high-powered computation, artificial intelligence, and big-data analytics, have opened the way to analyze the key information-carrying molecules in a teeming and diverse population of microbes. At the same time, the pinpoint accuracy of Crispr gene-editing technology, modeled on what we have learned about how bacteria copy and cut the DNA of predatory viruses, has given us the potential to repair genetic disorders, extend lifespans, and boost agricultural output.

This century has seen a giant leap in our ability to read, edit, and redesign the genetic source code of cells and biological systems. Run a random teaspoon of dirt or seawater through a sequencer, and you'll find gigabytes of genetic information, some of which could spawn new food tech applications and biomaterials. Modern humans evolved in a microbially saturated world. There are an estimated 10 nonillion (or 10 followed by 30 zeros) individual viruses, well more than all the stars in the observable universe. There are an estimated 5 million, trillion, trillion bacteria.

Christopher Mason, a geneticist and professor of physiology and biophysics at Weill Cornell Medicine in New York, says that when you sequence part of the human genome, you often find genetic fragments derived from ancient microbial DNA. The ubiquity of microbes inspired Mason to develop molecular maps of them in the world's biggest transportation hubs.

Mason's team spent three years collecting, sequencing, and analyzing microbial swab samples from more than 60 global transit systems, where billions of commuters collide with trillions of microbes. In 2021 his consortium, the Metagenomics and Metadesign of the Subways and Urban Biomes (MetaSUB), reported the discovery of more than 10,000 previously unidentified viruses and bacteria. “People thought it would be too laborious, or too expensive, to go pathogen hunting,” says Mason. “People pay taxes for a military that defends our nation security. Pathogens are in a sense our enemy.”

Jonna Mazet, a professor of epidemiology and disease ecology at the University of California at Davis School of Veterinary Medicine, led a group that designed a disease surveillance program called Predict, whose diagnostic systems identify new viruses believed to be high-risk for infectious disease flare-ups. In 2018, Predict researchers discovered and genetically sequenced entirely new species of the Ebola viral family called Bombali ebolavirusand found the superlethal Marburg virus in bats in Sierra Leone in West Africa.

AI is proving to be a transformative technology in our evolutionary race with the bugs. In early 2020, a team led by synthetic biologist James Collins at the Massachusetts Institute of Technology used AI modeled on the neural networks in our brains to discover a structurally unique antibiotic effective against dangerous strains of the bacterium Escherichia coli and drug-resistant tuberculosis. They called it halicin, an homage to HAL 9000, the starship computer in 2001: A Space Odyssey. “They took 100 million chemical compounds, embedded it into an AI system, and it figured out how the proteins and molecular chemistry would work without them telling it,” says Eric Schmidt, a synthetic biology investor and former chief executive officer of Google. “The program literally discovered it.”

In another breakthrough, DeepMind Technologies, the London-based AI subsidiary of Google parent Alphabet Inc., deciphered one of biology's most vexing challenges: predicting a protein's 3D shape from its amino acid sequence. Co-founded by child chess prodigy and neuroscientist Demis Hassabis, DeepMind developed a deep learning program that accurately models the geometry of proteins, the building blocks of life. Understand a protein's shape, and you'll understand a great deal about its function. In mid-2021, DeepMind and the European Molecular Biology Laboratory open-sourced a database of the predicted structures of the 20,000 or so proteins expressed in the human genome and those of 20 model microbes.

Bioengineering is also disrupting animal disease vectors. Last year a British biotech firm spun out from the University of Oxford called Oxitec released genetically modified mosquitoes into the air over the Florida Keys. Oxitec has developed a way to suppress the population of an invasive species of mosquito called Aedes aegypti, which transmits Zika and dengue fever and is rapidly spreading worldwide as the climate warms.

It does so by genetically altering male Aedes, so that when they mate with females their offspring inherit a gene that overproduces a protein. It's lethal to females, the biters in search of blood for their eggs. Male descendants are unaffected but pass on the life-shortening gene. Population collapses of 90 percent have ensued in Oxitec trials.

Better intelligence on microbes is also key for vaccine development. The one-year turnaround of covid messenger RNA (mRNA) and viral vector vaccines by companies such as Pfizer, BioNTech, Moderna, and AstraZeneca was a stunning achievement.

We also caught a break because we knew a fair bit about coronaviruses from earlier epidemics of severe acute respiratory syndrome (SARS) and Middle East respiratory syndrome (MERS). Serious blind spots remain. Research by pandemic expert Carroll estimates that there are 631,000 to 827,000 viruses across 25 viral families in mammal and bird hosts that may have the potential to jump species. Carroll chairs the Global Virome Project, an ambitious effort to identify and sequence the planet's major viral threats.

Building an “always-on” early warning system to detect emerging threats and related investments in health-care and drug development could cost as much as $430 billion over a decade, McKinsey & Co. forecasts. Steep, yes—until you consider the International Monetary Fund forecast that the covid pandemic will cost the global economy at least $12.5 trillion in lost growth through 2024.

Biosignals from the Microbial World

Whatever choices we make, the microbial world will continue to send us biosignals. SARS, MERS, the flare-ups of avian and swine flu, the resurgence of Ebola, Zika, and the perplexing new cases of monkeypox—all reflect enhanced disease spillover risks as the expanding food industry and megacities encroach upon natural habitats.

A decades-long barrage of antibiotics, antivirals, antifungals, and antiparasitics into the biosphere has triggered biochemical adaptations that make infections harder to treat. Some “superbug” strains of tuberculosis are now multidrug-resistant. “The cadence of these types of emergencies, not necessarily on the covid scale, is on the order of every few years,” says Kamran Khan, a physician and founder of BlueDot, a Toronto-based data research and digital health firm.

So it might be wise to listen to what the microbes are telling us. Our fates are intertwined, and they're in it for the long haul—even if we're not.