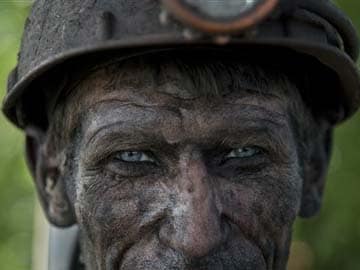 Sydney: Miner Fortescue warned on Thursday that a potential strike by tugboat deckhands could shut down its Australian iron ore operations, a day after BHP Billiton said any industrial action would hurt exports.

Maritime Union of Australia (MUA) members employed by tugboat operator Teekay Marine at Port Hedland in Western Australia voted last week to walk out if they are unable to agree to pay and conditions with the firm.

The union said it would be a last resort, but the prospect has worried miners who say it could impact the economy given that iron ore is the country's most valuable export. They have suggested they could ask the government to intervene.

"In the event of a strike, Fortescue will be forced to consider standing down its operations and the associated workforces for indefinite periods of time," Fortescue chief executive Nev Power said in a statement.

"Australia's reputation as a reliable low-cost supplier of iron ore that has been built up over many years of hard work is today at stake because a handful of people advised by the most militant union in the nation have been given authorisation to strike."

"Industrial action by the MUA will stop all shipments out of the port and cost exporters like BHP Billiton, Fortescue Metals Group and Atlas Iron about Aus$100 million (US$92.6 million) a day," he said.

"Any interruption to shipments of iron ore would have a detrimental impact on Australia's international reputation as a stable and reliable supplier of critical resources."

Wilson said mining companies such as BHP Billiton would not be able to make up shipments of the crucial steel-making component lost during industrial action.

He said BHP was concerned about the progress of talks between Teekay, which is contracted by BHP to run tugboat operations at Port Hedland, and the maritime unions, including the MUA.

"Teekay's maritime union employees at Port Hedland are already the highest paid in the towage industry in Australia," he said.

Promoted
Listen to the latest songs, only on JioSaavn.com
"Their demands are unreasonable and out of touch with the current economic conditions faced by Australian exporters."

The MUA said the main sticking point was annual leave entitlements, adding its claim was "very reasonable, given our members work 12 hours a day for 28 days straight in very tough conditions".