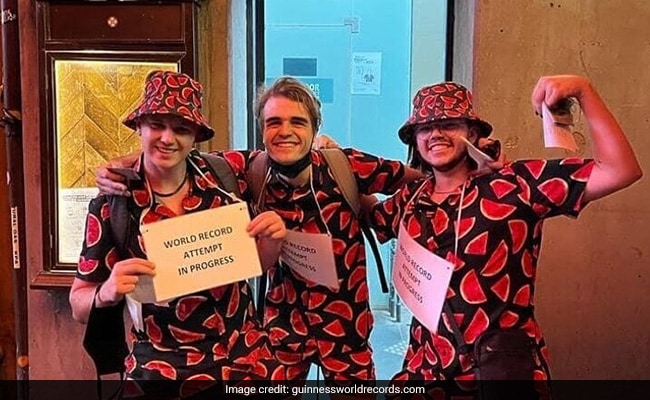 For visiting the most bars in a single day, a Melbourne-based South African native set a Guinness World Record. Through a 24-hour epic pub crawl, he visited 78 different places and accomplished this milestone.

According to Guinness World Records, Heinrich de Villiers (South Africa) set the individual record for the most pubs visited in 24 hours on February 10-11, 2022, in Melbourne, Victoria, Australia.

Mr Henrich was accompanied by friends Ruald de Villiers and Wessel Burger (both from South Africa) along the way. He accepted the challenge in order to "bring attention to and support the local pub and bar scene in Melbourne that was heavily affected during the COVID-19 pandemic, as well as showcase the hidden and lesser-known places that the City of Melbourne has to offer."

"I first applied ... in November 2021, a time when Melbourne was just getting out of lockdown," the now 23-year-old Heinrich told Broadsheet. "I applied to attempt the record as a challenge-one that I thought we could actually break."

"It is important to note that, as per the Guinness World Record rules, we only had to consume 125 millilitres [4.2 ounces] of any drink at each place we visited," de Villiers added.

"We did our research on bars in Melbourne and planned out a route beforehand, along with making sure we had everything we needed in order to get our evidence during the attempt," he said.

"It Was Very Hard": Indian Student In Istanbul On Turkey Earthquake