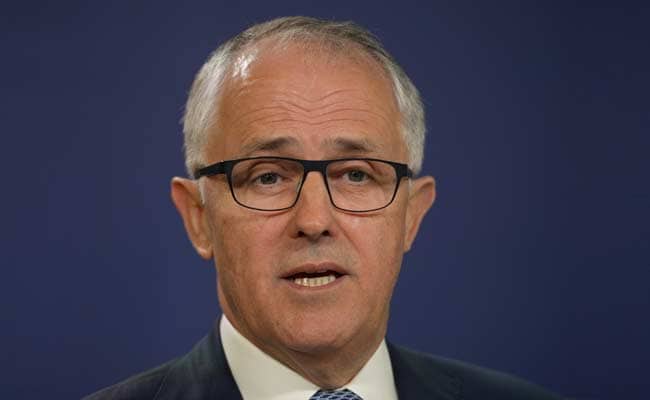 Shanghai: Australia will trial new visa rules for visitors and students from China, Prime Minister Malcolm Turnbull said today, as the country seeks to boost tourism and education amid an economy struggling with the demise of a once-in-a-lifetime mining boom.

Government data released in January showed a record 1 million Chinese tourists flocked to Australia in the past 12 months, up from a mere 100,000 fifteen years ago. Beaten in absolute numbers only by New Zealand, China is the fastest growing group with a total spending of A$7.7 billion last year.

"China is Australia's most valuable tourism market. More than a million Chinese visited Australia last year (and) contributed A$8.3 billion to our economy," Turnbull said in Shanghai at the start of a trip to China.

Australia will make it easier for Chinese tourists to visit, trialing visa applications in a language other than English, in Chinese, online visa applications from China for the first time and trialing 10-year validity visas, he added.

"This shows the commitment of Australia to strengthen this vitally important tourism relationship. And of course it's a very important part of our economic story, but it is also a key element in bringing our two countries and our two peoples closer together," he added.

"The more Chinese come to Australia, Australians go to China the closer we become together, the better we understand each other, the more opportunities for further engagement at every level - social, academic, economic, commercial."

The campaign is geared towards a new breed of young and independent traveller from China drawn to Australia's natural beauty.

Tourism Research Australia forecasts Chinese spending to double to A$13.7 billion by 2024-25.

Australia's A$1.6 trillion economy is struggling with sub-par growth.

Driven by Chinese arrivals, tourism is among the fastest growing sectors, employing half a million people. The government forecasts the industry to rake in A$113 billion by June 2016, with foreign tourists accounting for one third.
© Thomson Reuters 2016