Australia Records One Of Its Youngest Covid Deaths Amid Sydney Outbreak

The unnamed man in his 20s, who had no underlying health issues and was unvaccinated, died at his home in the city, authorities said. 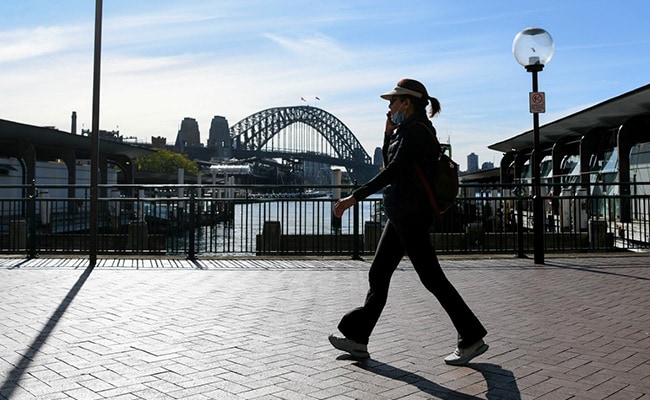 Australia's New South Wales reported one of the country's youngest deaths from COVID-19 on Wednesday, as daily infections lingered near a 16-month high despite the lockdown of 5 million people in Sydney entering its sixth week.

The unnamed man in his 20s, who had no underlying health issues and was unvaccinated, died at his home in the city, authorities said. He deteriorated rapidly after earlier complaining of just mild symptoms, they added.

The man was ineligible for a Pfizer vaccine, as Australia limits that type for people over 40 amid tight supplies, while Canberra has only recently told people to take the AstraZeneca vaccine as cases swell, having previously limited it to people over 60.

The death highlights the risk facing Australia's largest city, which is struggling to contain an outbreak of the highly infectious Delta variant when fewer than 20% of Sydney's residents are vaccinated.

Last year, the neighbouring state of Victoria said an unnamed man also in his 20s had died from COVID-19, though a coroner is still investigating the exact cause of death.

It was unclear if the Sydney man had the Delta coronavirus variant but most of the latest cases in New South Wales have been that type. Early data are showing Delta is more contagious and likely causes more severe effects than earlier coronavirus variants, though other experts cautioned more findings are needed.

"I'm not going to rule out case numbers won't get worse, I actually think they will get worse," Berejiklian told reporters in Sydney, the New South Wales capital.

"If you look at the number of people infectious in the community, it indicates that perhaps we haven't reached our peak."

At least 68 of the 233 new cases were not in isolation for their entire infectious period.

Berejiklian is under intense pressure to ease the movement restrictions that threaten to drive Australia into its second recession in as many years. However, she has said at least 50% of the state's population would need to be vaccinated for the curbs to ease at the end of August.

Still, many remain wary of taking the AstraZeneca vaccine, the most plentiful of two vaccines approved in the country, because of a rare blood clotting issue.

Additionally, government modelling released on Tuesday showed at least 70% of the state's population would need to be inoculated to slow the spread.

The modelling also indicated Australia should intensify vaccinations of younger people, who tend to spread the virus more frequently but are unable to secure a Pfizer vaccine.

Authorities have warned people not to wait for an increase in Pfizer supplies expected next month as case numbers prove difficult to curtail and sewage tests are indicating the coronavirus may have spread north.

A total of 17 people have died in Sydney during the current outbreak that began on June 16. During that time, the surge has pushed the total cases in New South Wales to more than 4,000.

Nationally, Australia has recorded 927 deaths since the pandemic's start, with just over 35,000 cases out of about 25 million people.

Queensland on Wednesday reported 16 locally acquired cases, the same as the day earlier, prompting authorities to declare it the state's worst outbreak since the start of the pandemic and warn that a lockdown in the capital Brisbane might be extended beyond Sunday.

"If we don't do something really, really, really special in Queensland, we'll be extending the lockdown," Queensland Chief Health Officer Jeannette Young told reporters in Brisbane.