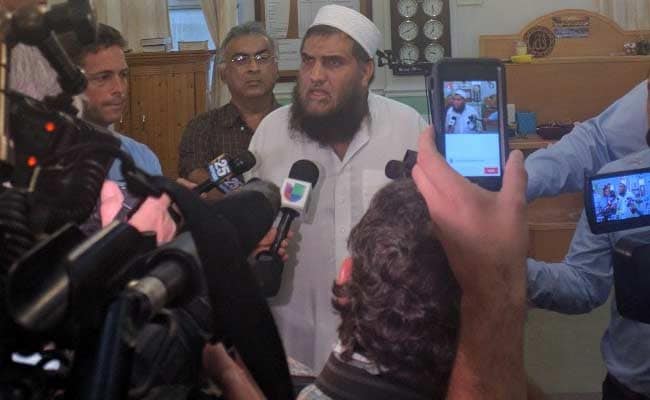 Fort Pierce, United States: The imam of the mosque where the Orlando nightclub shooter worshipped said on Sunday that the suspect never gave any indication he was capable of such violence.

Omar Mateen, 29, attended evening prayers three or four times a week at the Islamic Centre of Fort Pierce, bringing his son who is about four or five years old, the mosque's imam said.

"He would pray and his son would play," said Syed Shafeeq Rahman, who has known Mateen since 2003 when he became the imam.

Mateen did not socialize, leaving when services ended.

He didn't talk but would smile and shake hands, Rahman said.

The imam said it was "unbelievable" that a heavily-armed Mateen carried out a rampage at a gay club in Orlando, killing 50 people and wounding 53.

It was the deadliest terror attack in the United States since September 11, 2001.

Authorities said Mateen apparently called 911 before the massacre and pledged allegiance to ISIS.

"I never expected this," Rahman said, holding a Koran in his hand as he spoke with reporters. "We teach peace and justice."

"It must be some kind of psychological problem or anger problem," the imam said, adding that Mateen might have been radicalized on the Internet.

Mateen's parents regularly attend services at the mosque and his father works in life insurance, the imam said.

Rahman said he was concerned about the safety of the mosque, located on a quiet residential street in the small coastal city of Fort Pierce.

"The people who are bad people look like us, and that's a problem," he said.