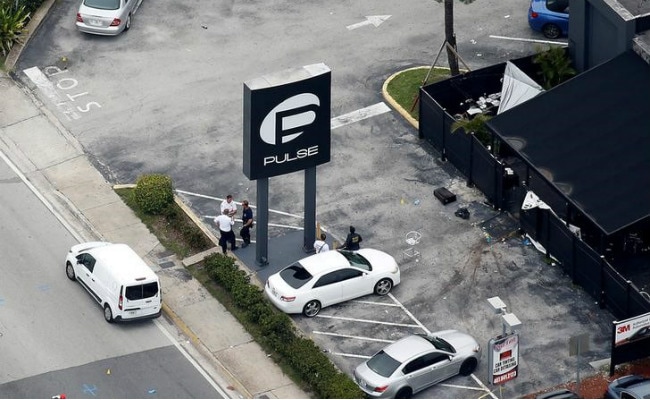 Omar Mateen killed 49 people at the Pulse nightclub in Orlando

Orlando: The widow of the gunman who killed 49 people at a gay nightclub in Orlando, Florida, in 2016 cased possible attack sites with her husband and did nothing to stop his plans, prosecutors told jurors at her federal trial on Wednesday.

But a defence attorney for Noor Salman said she was a "simple woman who loved children" and did not know that her husband, Omar Mateen, intended to carry out the Pulse nightclub shooting on June 12, 2016.

Dueling portraits of Salman, 31, emerged during opening statements at her trial in U.S. District Court in Orlando. She faces up to life in prison if she is convicted of aiding and abetting her husband and obstructing a federal investigation.

"The defendant's cold actions gave Omar Mateen the green light to commit these crimes" on behalf of Islamic State, Assistant U.S. Attorney James Mandolfo told jurors. She is the only person charged in the massacre. Mateen died in an exchange of gunfire with police.

Mandolfo said the government will put on evidence that Salman had foreknowledge of her husband's deadly plot, including statements she made to investigators just hours afterward.

She was at home with the couple's then-3-year-old son during the shooting spree. Defense attorney Linda Moreno told jurors Salman was unaware of her husband's sinister plans.

"Noor was in the dark about Omar's secret and despicable life," Moreno said.

Moreno said the FBI did not record its interrogation of Salman and coerced her into making statements that favoured the prosecution.

Following opening statements prosecutors called several witnesses to describe the bloodshed and testify about Mateen's calls to authorities. The trial is expected to last a month.

Mateen, 29, opened fire shortly after last call for drinks on the club's popular Latin night. Holding hostages during his standoff with police, he claimed allegiance to a leader of the Islamic State militant group.

According to prosecutors, Salman initially told investigators her husband acted without her knowledge but later said she knew he was watching Islamic State recruitment videos, had purchased an assault rifle and examined three possible attack locations.

Salman's attorneys contend prosecutors could not show any direct links between Mateen and Islamic State and have provided no evidence that Salman aided her husband.

Promoted
Listen to the latest songs, only on JioSaavn.com
Salman was indicted on two charges: obstruction of justice for alleged false statements to federal investigators, and aiding and abetting Mateen in his attempt to provide material support to a terrorist organization.
© Thomson Reuters 2018