At Least 5 Killed, 39 Injured In Gang Brawl In Honduras Prison 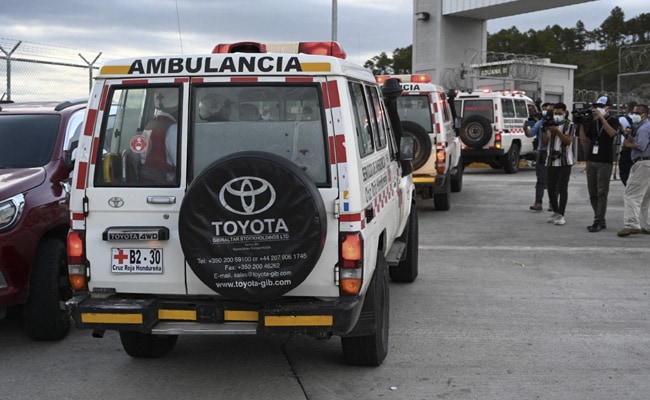 Ambulances arrive at the La Tolva prison to attend to the injured prisoners.

At least 5 inmates were killed and 39 prisoners and guards were injured on Thursday in a brawl between gang members at a high-security prison in Honduras, judicial authorities said.

The three-hour confrontation, involving live ammunition and at least one grenade, began when members of the Barrio 18 gang entered a section for members of the rival Mara Salvatrucha 13 gang in the La Tolva prison east of Tegucigalpa.

The facility houses more than 1,500 inmates, according to authorities.

Thirteen of those injured are in a serious condition, prosecutor Sara Gomez told a local television newscast.

Prisons in Honduras that have been under military control since the end of 2019. They are the site of frequent violence between the country's two largest street gangs as well as organized crime gangs.

In December 2019, 18 inmates died during a gang dispute at a prison in the tourist city of Tela on the country's Atlantic coast. Three days later, another 19 people were killed amid gang brawls at the El Porvenir prison, 80 km (50 miles) east of Tegucigalpa, authorities said.

Some 25 overcrowded prisons in Honduras house more than 22,000 inmates, where human rights organizations have criticised a lack of food, unsanitary conditions, and corruption.