The children had gathered at a home in Ghazni province to recite Koran verses, a regular activity on the Islamic holy day of Friday, when the blast happened. 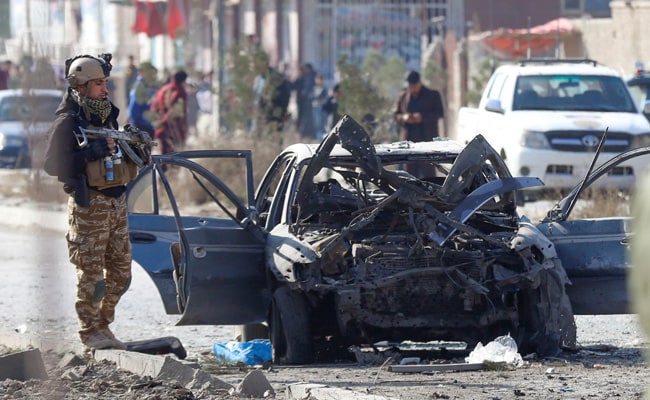 Ghazni police confirmed the blast, and that all those killed were children. (Representational)

At least 15 children were killed when a motorbike laden with explosives blew up near a religious gathering in eastern Afghanistan on Friday, officials said.

The children had gathered at a home in Ghazni province to recite Koran verses, a regular activity on the Islamic holy day of Friday, when the blast happened.

Violence has surged in Afghanistan in recent months despite the government and the Taliban launching peace talks to end the country's grinding war.

"Unfortunately, as a result of this incident 15 people, all children, were martyred," said Wahedullah Jumazada, spokesman for the province's governor.

Ahmad Khan Seerat, spokesman for the provincial police force, confirmed the blast, which he said was a Taliban attack.

He added that 20 others were wounded, including children.

Taliban and government forces have regularly clashed in the province, where the insurgents control several areas.

Thirty security personnel were killed last month when a suicide car bomber struck an army base near Ghazni city.

The government's talks with the Taliban -- which opened in September in the Qatari capital of Doha -- are currently on a break until early January.

The country has witnessed an increase in fighting, with the Taliban accused of trying to get an upper hand in the talks through violence.

Afghan forces have also battled a number of attacks blamed on the Islamic State group in recent months.

Between January and September this year, more than 2,100 civilians were killed and more than 3,800 wounded in the violence, according to the UN mission in Afghanistan.

Outgoing US President Donald Trump has pushed to end America's longest war, with Washington signing a deal with the Taliban early this year committing to pulling all of its troops from the country by May 2021.

The Taliban have primarily targeted government forces in rural areas since signing the deal, in which they pledged to launch negotiations with the Afghan administration.

Afghan President Ashraf Ghani has called for the next round of peace negotiations to be held in Kabul, saying it was inappropriate to meet in Doha's "luxurious hotels".

Taliban negotiators have flown to Pakistan, where they met Prime Minister Imran Khan on Friday. Khan called on both sides to reduce violence and agree to a ceasefire.