At A Sprawling Tent Camp In Syria, ISIS Women Impose A Brutal Rule

But the body told a different story. The girl's neck had been broken in three places, doctors said, and she died with eyes open, biting her lips and struggling to breathe. 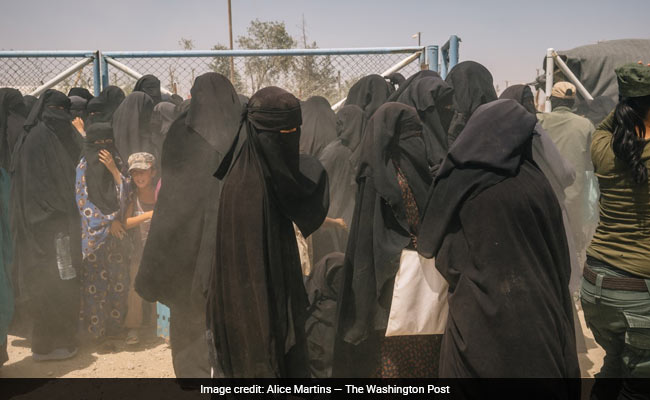 The woman told aid workers it was an accident. Her 14-year-old daughter had slipped and fallen, she said. There was nothing they could have done.

But the body told a different story. The girl's neck had been broken in three places, doctors said, and she died with eyes open, biting her lips and struggling to breathe. Photos and medical records suggested she had been beaten about the torso, then strangled. It was murder, not a misstep.

The teen, an Azerbaijani girl who had lived until earlier this year with her mother under the Islamic State's caliphate, had run afoul of the die-hard ISIS adherents who have come in the past few months to dominate parts of the al-Hol displacement camp here in northeastern Syria, according to camp residents. They said she had suggested dispensing with her black niqab, the face covering worn by ultraconservative Muslim women.

Half a year after the territorial defeat of the Islamic State, the vast sprawl of tents at the al-Hol camp is becoming a cauldron of radicalization. About 20,000 women and 50,000 children who had lived under the caliphate are held in dire conditions at the camp, which is operated and guarded by 400 U.S.-supported Kurdish troops. With the men of ISIS imprisoned elsewhere, the women inside the fences of al-Hol are reimposing the militant group's strictures, enforcing them upon those deemed impious with beatings and other brutality, and extending what residents and camp authorities call a reign of fear. 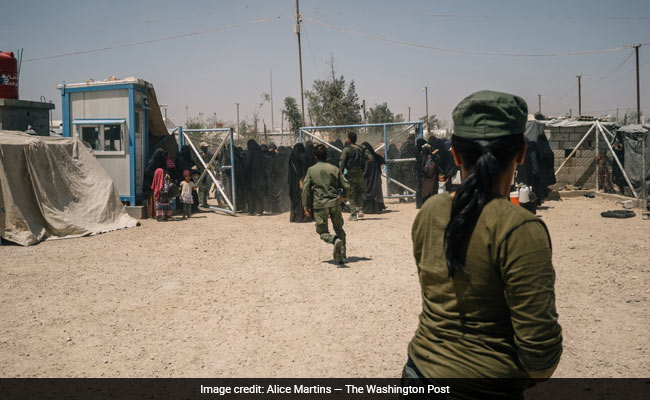 Several guards have been stabbed by women who conceal kitchen knives in the folds of their robes. Women are threatened for being in contact with lawyers who might get them out of the camp or for speaking with other outsiders. A pregnant Indonesian woman was murdered, medical officials say, apparently after speaking to a western media organization. Images of her body suggest she might have been whipped.

"It's happening at night, and it's happening in the shadows, but no one informs on who did it," said a senior member of the camp's intelligence department. "They're afraid of each other here."

Fourteen people with direct knowledge of camp conditions described in interviews the mounting anger, violence and fanaticism growing amid the squalor. These people, including camp residents, aid workers and Kurdish officials, spoke on the condition of anonymity because of security concerns.

Kurdish security officials, affiliated withe U.S.-allied Syrian Democratic Forces, say they have the troops to guard the facility but do little else. "We can contain the women, but we can't control their ideology," said the intelligence official. "There are many types of people here, but some of them were princesses among ISIS. There are spaces inside the camp that are like an academy for them now."

In a report last month, the U.S. Defense Department's inspector general, citing information from the U.S.-led coalition fighting ISIS, warned that the SDF's inability to provide more than 'minimal security' at the camp has allowed for the 'uncontested' spread of ISIS ideology there.

In some places, children, including an estimated 20,000 born in the caliphate, are literally a captive audience.

Near one gate of the camp, guards have collected homemade toy guns and Islamic State paraphernalia that children have made to pass the time. Replica weapons are made from water pipes and bound tightly with duct tape. Flags have been colored in painstaking detail, the hand neat but unmistakably childish. 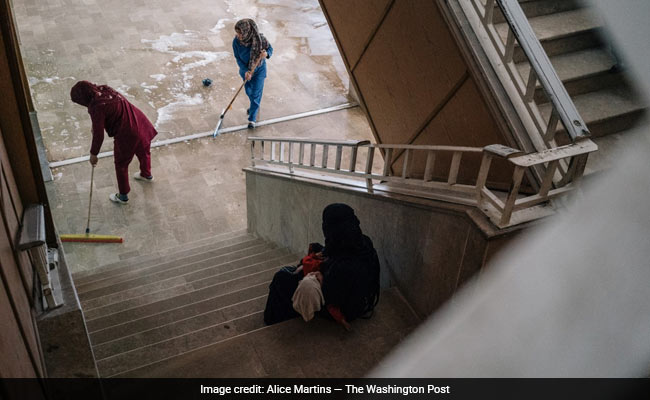 "The children need help here, you can see it," said the intelligence official, fixing the pile with a tired stare. "How do we stop them becoming their parents?"

Conditions are desperate in the camp, erected on a barren hillside. Sewage has leaked into tents, and residents are drinking water from tanks containing worms. Many women have yet to learn what happened to husbands or teenage sons when they were carted off by the SDF that defeated the caliphate and now mans various camps and prisons.

Since the start of the year, when the camp accommodated fewer than 10,000 people, al-Hol has swelled dramatically. Many of the women and children were transferred to the camp after the last ISIS stronghold in the Syrian village of Baghouz was overrun by the SDF, with U.S. military backing.

The residents are now segregated by nationality. Most sections house Syrians and Iraqis, while more than 9,000 others - among them the camp's most radical inhabitants - are penned behind chain-linked fences in a sun-bleached and closely guarded patch known as the "Annexe." It is home to Arabs, Asians, Africans and Europeans, among others.

The guards enter this zone warily. An ambush late last month left one with broken bones.

"They can do anything to you here," said one European woman in her 20s, her blue eyes darting around the camp as she spoke.

Three camp residents said that they had been stopped by women who first corrected their attire and then threatened that repeat behavior would be punished.

The relative of a European woman confined in the Annexe with three children described her as more fearful than ever before. The woman had changed tents several times after a group of Tunisian and Indonesian women began threatening her upon learning that the family's lawyer was trying to bring her home, according to the relative.

"They threaten other women who either gave interviews and declared they were no longer supporting ISIS, or who are trying to return to their countries," the relative said.

In the nearby city of Hassakeh, two doctors said that patients from the camp were refusing to come for follow-up appointments in facilities run by Kurdish authorities or international organizations. "They tell us 'we cannot come,' " said one. "They say, 'If we come to you, [hard-liners] beat us, or worse.' "

Nor is this growing menace confined to al-Hol. Aid workers from the smaller al-Roj camp, an hour's drive away, describe frequent disputes between Iraqi and other foreign residents. In one instance, an Iraqi woman was barred from communicating with her neighbors after she removed her veil. In another, the children of alleged Islamic State fighters tried to bury a young Iraqi boy alive.

As conditions deteriorate, the inhabitants remain in limbo. Some of the women want to return to their home countries, but few foreign governments are eager to take them back, fearing in part the risk that unrepentant ISIS adherents might pose and that the evidence against them might not hold up in court. The SDF says it cannot be counted on to hold the camp residents indefinitely. But neither the United States - which ultimately holds sway in this corner of Syria - nor European and Arab allies have advanced a workable solution.

"Given that ISIS had women's units and also taught them how they should still spread the idea and ideals of the caliphate once they are back in their countries of origins, they are a serious risk to the society, so their children could be also," said an Arab intelligence official.

Iraq has yet to repatriate tens of thousands of its citizens, and other governments are evacuating their nationals at a trickle. Eight American citizens were repatriated from the camp to the United States in June. President Trump has urged European countries to "take back" and prosecute their citizens.

One European intelligence official said the approach had to be "pragmatic" and "case by case," adding, "We will have to study: Who was this woman married to? What role did [she] play inside ISIS? Is [she] really ready to give up the ideology?"

But aid agencies insist that the international community does not have the luxury of time and cite the dangers that al-Hol now poses to the children trapped inside it.

Aid workers from Save the Children, one of the largest organizations working with children in the camps of northeastern Syria, say they often show signs of deep trauma. Boys, in particular, can be aggressive. Girls have faced early marriage or sexual violence.

"The children who have been traumatized by living through all of this need a lot more than we can really offer in a camp," said Sonia Khush, the Syria country director for Save the Children.

"It's not only the missing out of school, it's the violence that women and children were exposed to. People talk about seeing the beheadings in the town square, seeing the heads roll around," she said.

Some of the women interviewed said they are no longer true believers, and some said they never were but had been coerced by radicalized husbands to go to the Islamic State. Others, however, said they remained proud to have joined a group that tries to foster what it describes as an Islamic paradise.

In a video posted online in July, several women, fully veiled and holding the Islamic State's black-and-white banner, said they were delivering a message from al-Hol. "Brothers," one urges, "light the fire of jihad and free us from these prisons.'

And then, addressing the "enemies of God," she says, "To you we say, women of the mujahideen: You think you have us imprisoned in your rotten camp. But we are a ticking bomb. Just you wait and see."