As Wildfires Rage In Colorado And New Mexico, Rain Expected To Bring Relief 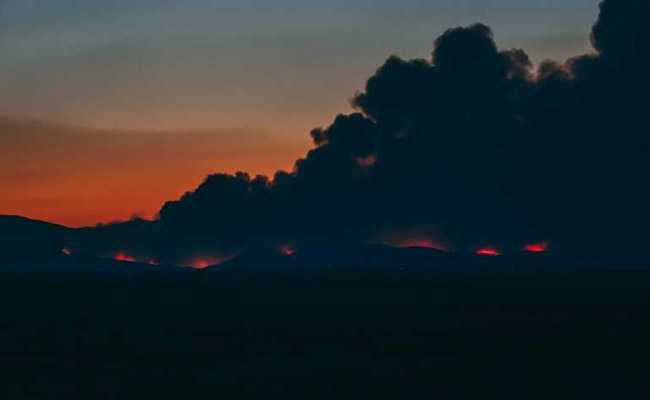 Smoke from a wildfire is seen in Ute Park, New Mexico (Reuters)

Mother Nature is bringing good news to the firefighters battling wild blazes in the U.S. states of New Mexico and Colorado: rain, and lots of it.

"It's good news for them," he said. "We're talking about an average of 1.4 inches of rain in New Mexico. We're even putting out a warning for some spots of flash flooding, because the ground is so hard, there'll be a lot of run-off. But this is nice, right when they need it."

In southwestern Colorado, where the wildfires are burning, Hurley predicts a "healthy dousing of a half-inch of rain." 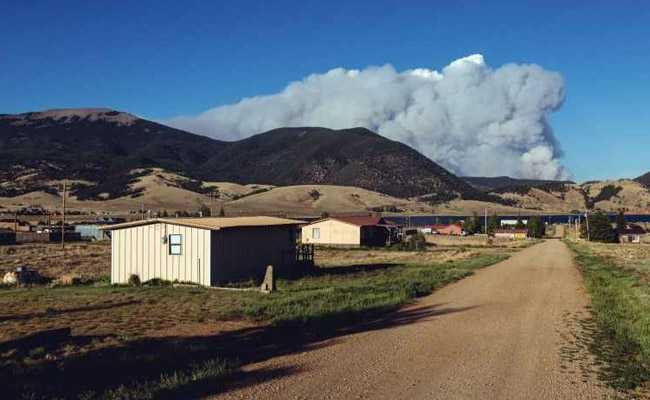 Wildfires in New Mexico and Colorado have consumed nearly 32,000 acres of land (Reuters)

The fires, about 250 miles (400 km) apart in the drought-parched Four Corners region of the southwestern United States, have consumed nearly 32,000 acres (12,000 hectares) between them, officials said.

The larger of the two, the so-called Ute Park Fire in Colfax County, New Mexico, was zero percent contained after scorching some 30,000 acres by early Sunday morning near Cimarron, a town of about 1,100 people northeast of Santa Fe, according to a bulletin on the New Mexico Fire Information website.

About 300 structures were threatened in Cimarron, where officials issued a mandatory evacuation on Friday. The town lies just northeast of the Santa Fe National Forest, which was indefinitely closed to the public on Friday in a rare measure prompted by the heightened fire risk from prolonged drought.

About a dozen outbuildings went up in flames on an adjacent ranch, fire officials said.

The cause of the fire, which began on Thursday and has been burning through grassland and pine forest, is not known.

A second wildfire started on Friday about 10 miles north of Durango, Colorado, raging across nearly 2,000 acres and forcing the evacuation of about 1,500 people near the southern border of the San Juan National Forest, the U.S. Forest Service said.

Officials of La Plata County, Colorado, said they opened evacuation centers after ordering residents out of about 825 homes and issuing pre-evacuation notices for residents of another 760 homes.

The Forest Service said the intensity of the Colorado wildfire, known as the 416 Fire, had slightly diminished by Saturday morning and that firefighters were focused on protecting neighborhoods and infrastructure as they managed to carve containment lines around 10 percent of the blaze.

Promoted
Listen to the latest songs, only on JioSaavn.com
For both fires, there is a risk of lightning strikes and gusty winds, but Hurley said the amount of rain brings more help than storm risks.
© Thomson Reuters 2018