Thousands Evacuated As Wildfire Rages For 12 Days In Colorado

Firefighters battled to gain control over several large wildfires in Colorado on Tuesday. 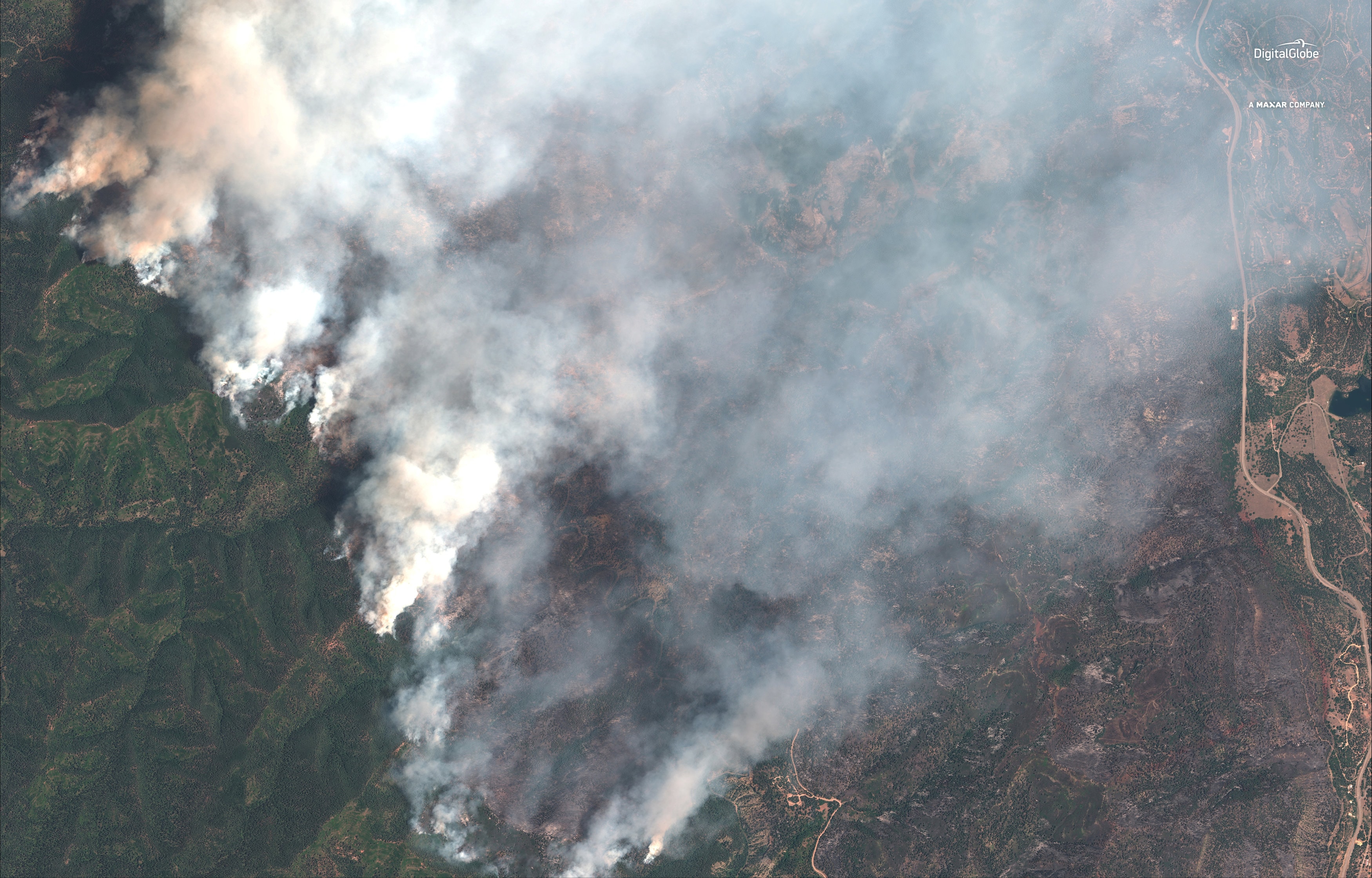 More than 3,500 homes have been evacuated amid the largest blaze in Colorado.

Denver: Firefighters battled to gain control over several large wildfires in Colorado on Tuesday, including two blazes at opposite ends of the state that have prompted the evacuation of more than 3,500 homes and the closure of a national forest.

The largest and most threatening blaze, a 12-day-old conflagration dubbed the 416 Fire, has scorched more than 23,000 acres (9,461 hectares) of drought-parched grass, brush and timber at the edge of the San Juan National Forest near the southwestern Colorado town of Durango.

Fire crews made some headway against the blaze on Tuesday, managing to extend containment lines to 15 percent of the fire's perimeter, up from 10 percent on Monday, despite persistent hot, dry conditions and fierce winds of up to 25 miles per hour (40 km/h).

Some 2,150 dwellings remained under evacuation orders and residents of another 500 homes were advised they, too, might have to flee at a moment's notice, La Plata County officials said. Significant rainfall was not expected before this weekend.

The 416 Fire and a separate blaze burning nearby, the so-called Burro Fire, also prompted state parks officials to close several wildlife areas to the public. The U.S. Forest Service shut down all 1.8 million acres of the San Juan National Forest to visitors on Tuesday.

However, firefighters were counting on some relief from a promising shift in weather patterns forecast for Friday, some of it associated with Hurricane Bud.

A total of at least seven major wildfires were raging in parts Colorado on Tuesday, marking the biggest concentration of roughly 30 blazes burning across nine Western states as the 2018 summer wildfire season heated up across the region.

In southern Wyoming near the Colorado border, the so-called Badger Creek Fire in Medicine Bow National Forest grew up to 5,200 acres late Tuesday, from just 150 acres a day earlier, as evacuation orders were expanded to nearly 400 homes in Albany County, according to the Inciweb online U.S. fire information service.