China's annual parliament meeting is poised to reinforce Xi's resolve to ward off financial risks to ensure the economy's ascent, even as concerns grow about possible policy repercussions from his expected extended stay in power. 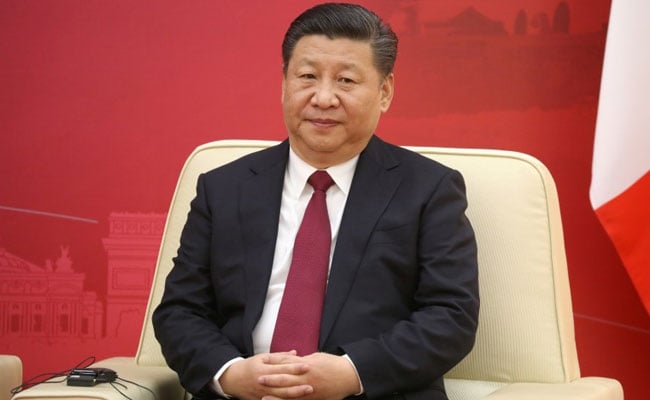 Beijing, China: China's annual parliament gathering kicks off on Monday as an ever-stronger President Xi Jinping presses ahead with efforts to ward off financial risks without undermining the economy.

The run-up to the National People's Congress meeting has been eventful, with the ruling Communist party announcing on Feb 25 that it was eliminating the two-term limit for the presidency. The move is expected to be ratified by parliament, paving the way for Xi to serve indefinitely.

China also seized control of the once high-flying and acquisitive Anbang Insurance Group Co Ltd and said it had prosecuted the group's chairman, the most dramatic move yet in Beijing's effort to curb risk in its financial system.

China's annual parliament meeting is poised to reinforce Xi's resolve to ward off financial risks to ensure the economy's ascent, even as concerns grow about possible policy repercussions from his expected extended stay in power.

Stability is the watchword this year as Xi pursues his grand vision of turning China into a "strong power" on the world stage by 2050 and becoming a "modestly prosperous" nation by 2020.

Ahead of the meeting of the National People's Congress (NPC), which starts Monday, authorities have stepped up a crackdown on big-spending conglomerates, following a year of financial deleveraging that has targeted risky shadow finance.

"Preventing risk is the most important task and we will keep the economy on a steady footing," a government policy adviser told Reuters ahead of the annual gathering. Around 3,000 delegates from across the country will meet at Beijing's Great Hall of the People for roughly two weeks.

In addition to removing presidential term limits, the parliament will also approve China's economic targets, the restructuring of various government departments, and the appointment of several key officials, including a vice president, vice premiers, and a new central bank governor.

Liu He, a Harvard-trained economist and trusted confidant of Xi who is visiting Washington this week amid worsening trade tensions with the United States, is expected to become a vice premier in charge of economic and financial issues. He has also emerged as front runner to head the central bank, the People's Bank of China (PBOC).

"Should Liu He become the PBOC chief, China may move towards a super regulator model, which will give the central bank more power to combat financial risk," Tommy Xie, China economist at OCBC Bank in Singapore, said in a note.

At the opening of the parliament, Premier Li Keqiang will announce annual economic targets in a state-of-the-nation style address. China's 2018 growth target is expected to be kept around 6.5 percent - the same as in 2017.

The government may target a budget deficit of 3 percent of GDP or slightly lower in 2018 under a pro-active fiscal policy, while keeping a tight grip on money supply in line with a "prudent and neutral" monetary policy, policy sources said.

Rising trade tensions with the United States could pose a threat to China's export machine, which helped propel the economy to 6.9 percent growth last year, the first acceleration since 2010.

Beijing is likely to press ahead with its deleveraging drive this year, but it may also seek to limit damage to the economy, which is showing signs of slowing due to pollution curbs and rising funding costs, policy sources said.

Policy insiders expect the pace of economic reforms to remain gradual in 2018, which marks the 40th anniversary of China's landmark economic reforms and opening up under former leader Deng Xiaoping.

China has been focused on tackling mounting debt, housing risks and industrial overcapacity, and some analysts have said it should concentrate instead on what many see as excessive state intervention in the economy.

While an extended term in office for Xi and more centralised financial regulatory oversight are seen by many observers as helpful to maintaining policy stability, some also worry that ending presidential terms limits signals a dialling back of political and economic reforms.

"People are relatively confused about the general environment for reforms. After 40 years of reforms, things have become more blurred," said a policy insider.

"It is likely to make foreign investors more sceptical regarding China's increasingly distinct political and economic model," Louis Kuijs, head of Asia economics at Oxford Economics, said in a note to investors. "Longer term, it seems reasonable to worry about the quality of policy in an increasingly centralized political system."
© Thomson Reuters 2018

(Except for the headline, this story has not been edited by NDTV staff and is published from a syndicated feed.)
Comments
Xi JinpingChinaChina parliament